The Oasis is now open and serving up comfort food at 2520 Ind. 39 just south of the Frankfort city limits. 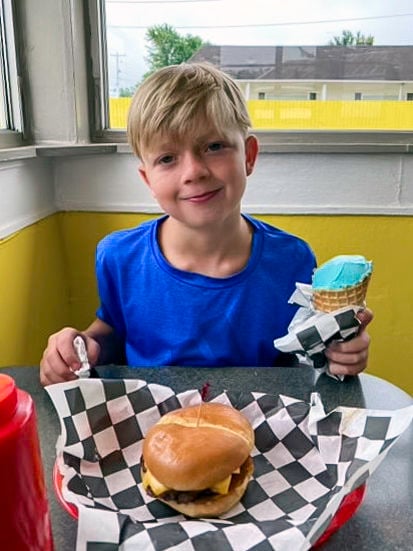 A young patron of The Oasis enjoys his cheeseburger and Glover’s Ice Cream. 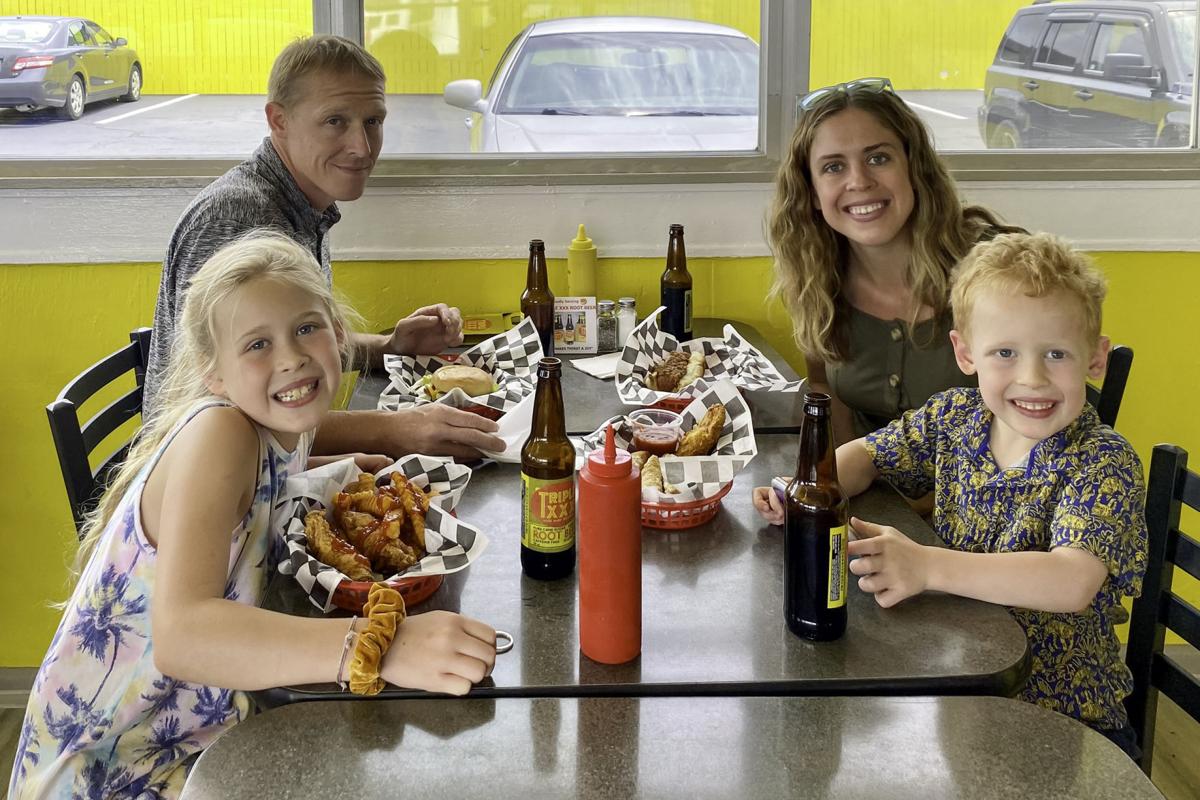 A family enjoys a meal during the soft opening of The Oasis. 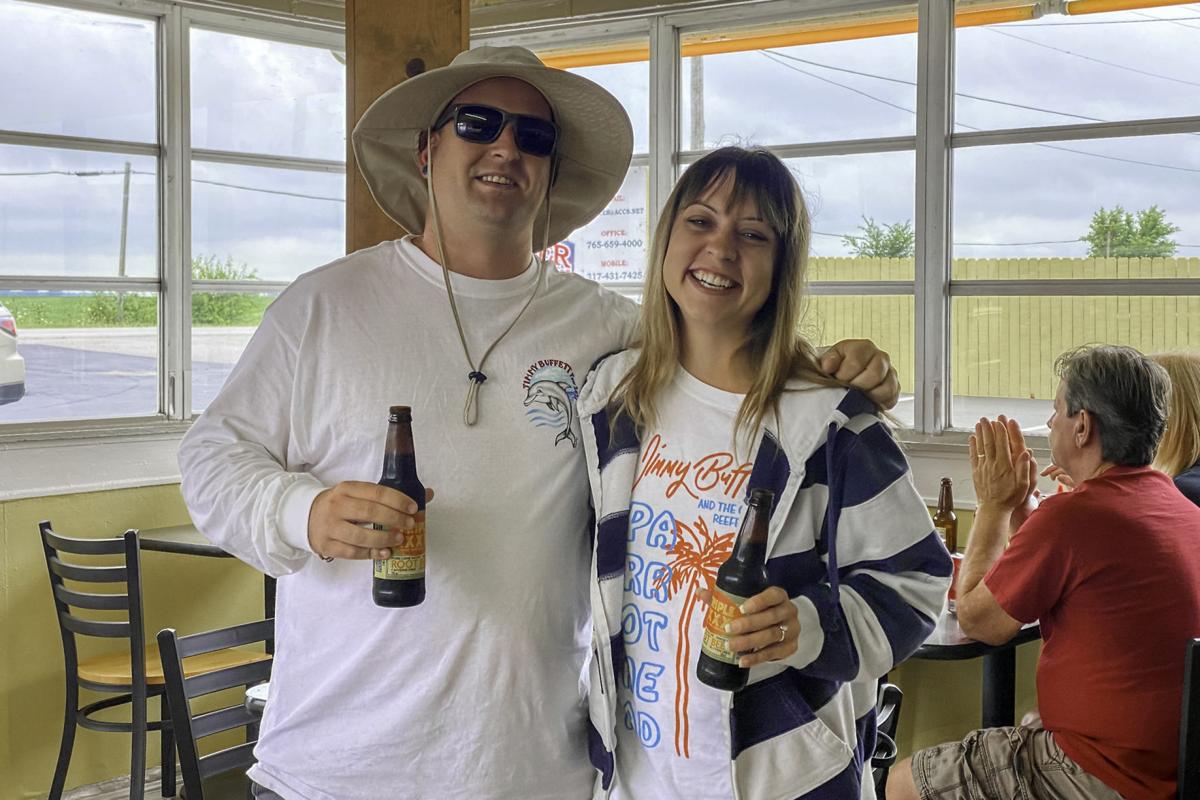 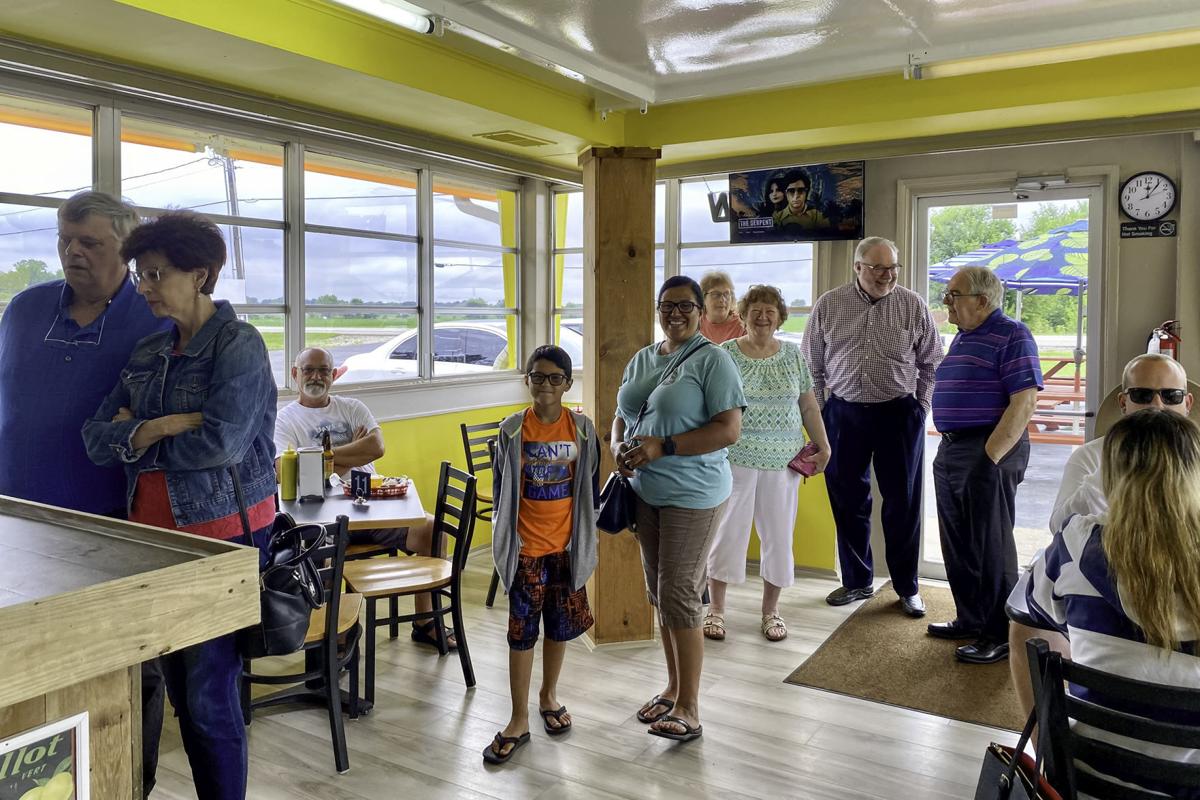 The Oasis was a busy place during its soft opening on Sunday.

The Oasis is now open and serving up comfort food at 2520 Ind. 39 just south of the Frankfort city limits.

A young patron of The Oasis enjoys his cheeseburger and Glover’s Ice Cream.

A family enjoys a meal during the soft opening of The Oasis.

The Oasis was a busy place during its soft opening on Sunday.

The Oasis opened its doors to the public for the first time Sunday at 2520 Ind. 39 just outside of Frankfort.

“It was super, super busy,” Owner-Operator Daniel Perkins said of Sunday’s soft opening. “I got a lot of smiles, a lot of cheers and a lot of laughs. I thought it went real well.”

It was a big moment for Perkins, who had decided to pursue his dream after receiving the support of his family and some encouragement from his brother, Travis.

“I have been in manufacturing as a machine repairman and fabricator for the last 21 years, and I have always had a passion for food,” Perkins said. “It has just been many conversations with coworkers at the plant. Whether it was (opening) a donut shop, food truck or restaurant, I just always had the passion for it. Last year, I just took that leap of faith.”

Perkins was working on a food truck when he considered the empty location at 2520 Ind. 39, which last housed La Casita.

“I found this location because I live maybe five miles from here, so I drive by it frequently,” Perkins said. “I saw it has been vacant for a while. I knew it was a taco place for a while. My family used to go to it.

“I want to be known for comfort food that is fresh,” Perkins said. “The least amount of frozen stuff I can throw on the fryer or on the griddle the better. Hand-breaded chicken strips to homemade Coney sauce to burgers never frozen and always fresh – lemon shakeups, deep-fried Oreos. I don’t want to say it is all fair food because it takes a lot of time to hand-cut chicken breasts and turn them into a fresh chicken strips.

“People seem to be pretty happy with it, and it will be better two months from now,” he added. “It is all about efficiency, about process and prep and quality.”

Some of the menu items, including what may become The Oasis’ specialty, will not be available until the Grand Opening.

“With a soft open, we have a limited menu,” Perkins said. “One of the biggest things not there (yet) is the all-ribeye-beefsteak hoagies. I want to have my ‘i’s dotted and my ‘t’s crossed that I am providing the best of the best. If you are a connoisseur of Philly cheesesteaks, you know they are not cheap, but you get what you pay for, especially with quality.”

He has also made sure that The Oasis offers Nathan’s all-beef hot dogs.

“When it comes to beef franks or hot dogs, some people think the mixture (beef, pork or chicken) is the thing, but real, all-beef angus is king,” Perkins said. “It is a Nathan’s, and I advertise that. You can’t go wrong with a Nathan’s.”

For Perkins, family is the foundation of The Oasis.

“Family is important to me,” he said. “Inspiration that my brother has given me to take the leap of faith and run on my instincts and build off of that is phenomenal and so much love. Travis Perkins has definitely been an inspiration and a driver for me to do this. I have nothing but love for my brother. If it wasn’t for him, I don’t know if I would have taken these leaps of faith. At first, I thought he was crazy, but things seem to be working. I have that passion for food, and he tells me to run with it. We don’t always see eye to eye but, at the end of the day when your family members can give you that push when you are afraid to do it, it is the world.

“The biggest factor is that my family, all of my family, I want them to know that I appreciate their patience through thick and thin,” Perkins added.

Perkins’ wife, Kelli, along with his sons, Clayton and Jacob, and daughter, Kala, have all had a hand in making the opening of The Oasis a reality.

“The whole family has been really helpful and understanding for the most part,” Perkins said. “Now we are trying to move forward and hope for the best and give good food to the community. It is only going to get better as it progresses.”