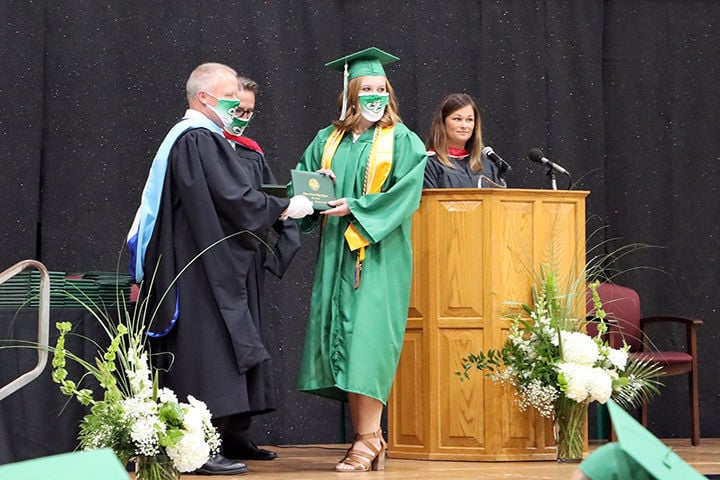 Clinton Central’s Class of 2020 had its graduation ceremony on July 25 in the school’s gymnasium. 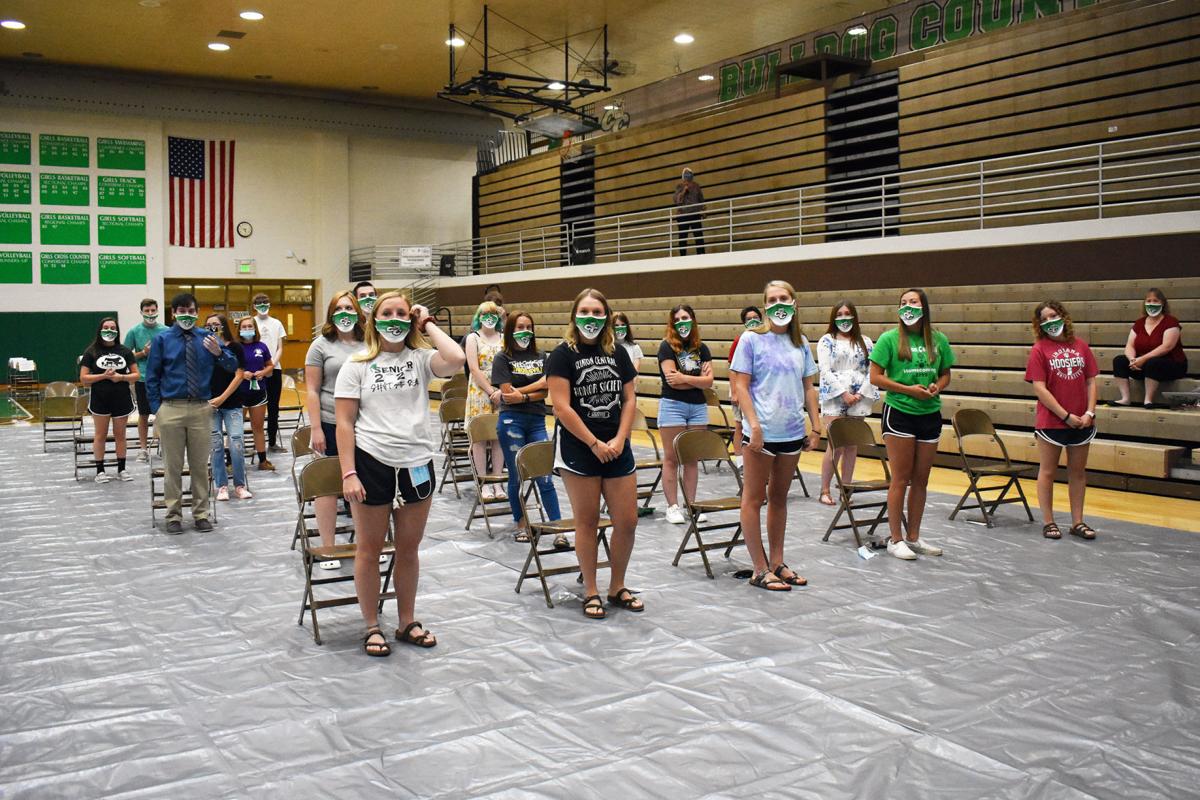 Clinton Central’s Class of 2020 goes through graduation rehearsal on the morning of July 25.

Clinton Central’s Class of 2020 had its graduation ceremony on July 25 in the school’s gymnasium.

Clinton Central’s Class of 2020 goes through graduation rehearsal on the morning of July 25.

Fifty-seven members of the Bulldogs’ Class of 2020 were finally able to bring their high school days to a close on July 25 with their long-awaited graduation ceremony at Clinton Central Junior/Senior High School.

“I was just happy and grateful that we were able to get it in,” said principal Brad Smith. “One of the questions not knowing what the future held was ‘Would we be able to follow through?’, and we were. Even though we couldn’t have everybody there, it was nice for them to at least have some of them there. We were able to broadcast live on Hoosierland TV, so it was nice for the seniors. They were able to get closure for their senior year. It was nice to be able to do that for them and for their families. So, I was very happy with that.

“One of the things that we did too is that we tried to keep the ceremony as traditional as possible,” Smith added. “That is something that all of our senior classes had and earned. We didn’t have the band or choir, but everything else we tried to keep as close to traditional as possible. The ceremony was well-received given all the conditions and being smack-dab in the middle of the pandemic. I think everyone thought we did the best we could do under the conditions we were under. I couldn’t be more pleased under the conditions.”

During the ceremony in the main gymnasium, speeches were given by Salutatorian Mackenzie McWhirt and the Valedictorian of Clinton Central’s Class of 2020, Hanna Cheek.

“I feel that the keynote speakers should go with the Valedictorian and Salutatorian,” Smith said. “It is their day. That is who everybody wants to hear from.

“They did an outstanding job,” he added. “And they speak for not only their selves but their classmates. Nobody knows better than they do because they went through the whole thing together. Letting them lead the way when it comes to graduation – that was a well-earned honor.”

Smith said that they even had time for senior awards between the practice and the ceremony.

“We didn’t have the celebration we normally would, but we at least had one together after practice and before graduation,” he said. “It was just nice to give the kids what they earned and deserved and follow through that last piece of a K-12 career. I have always believed that graduation is not a day for the school or the staff, but a day for the students, family, friends and community. It is their day, not ours. So, it was nice to be able to give them that.”