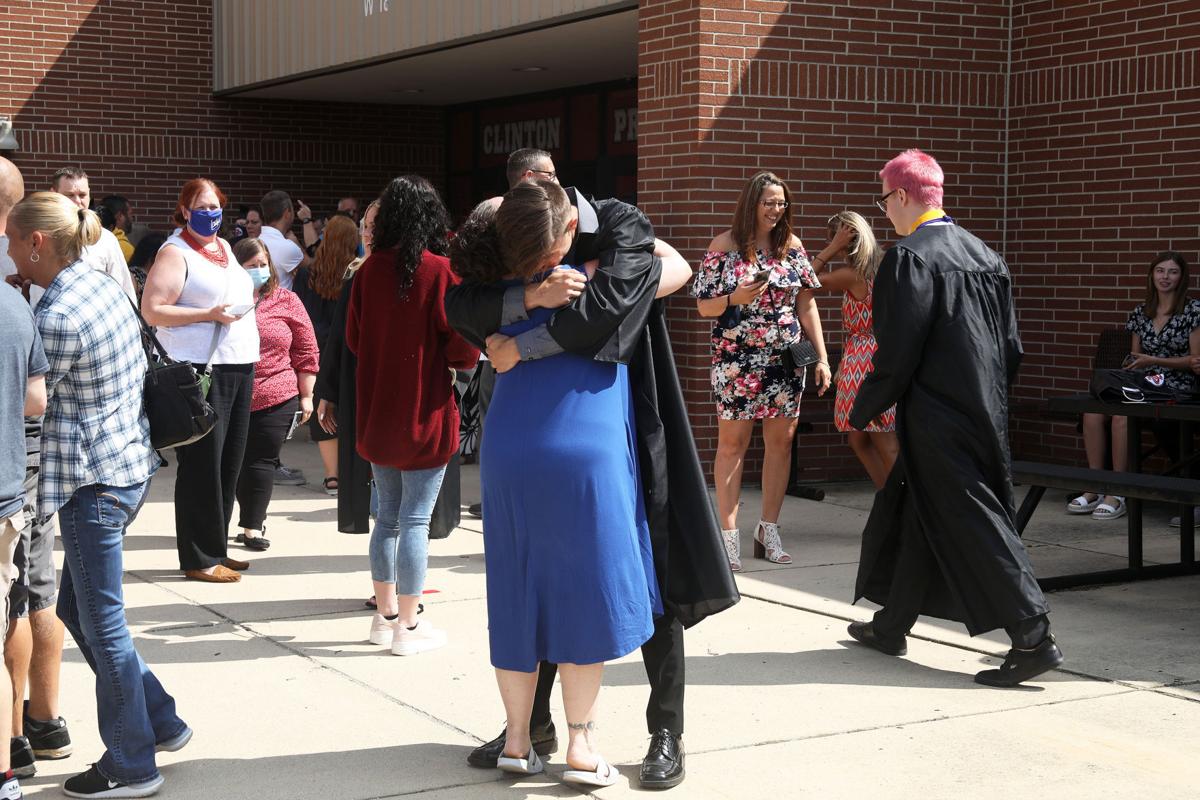 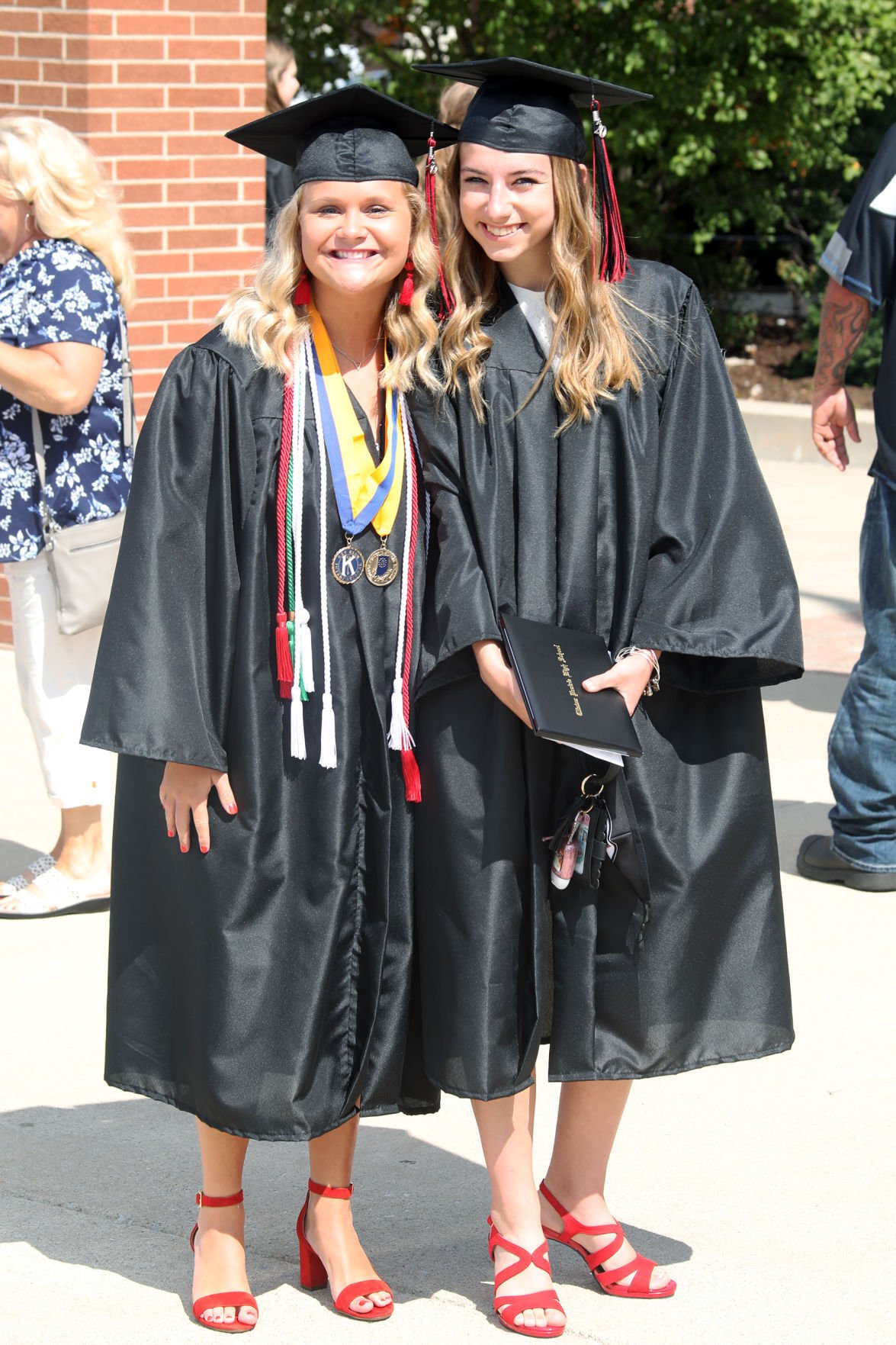 Clinton Prairie graduates, from left, Emma Price and Madeline Swinford celebrated with family and friends after Saturday’s ceremony in the school’s gymnasium. 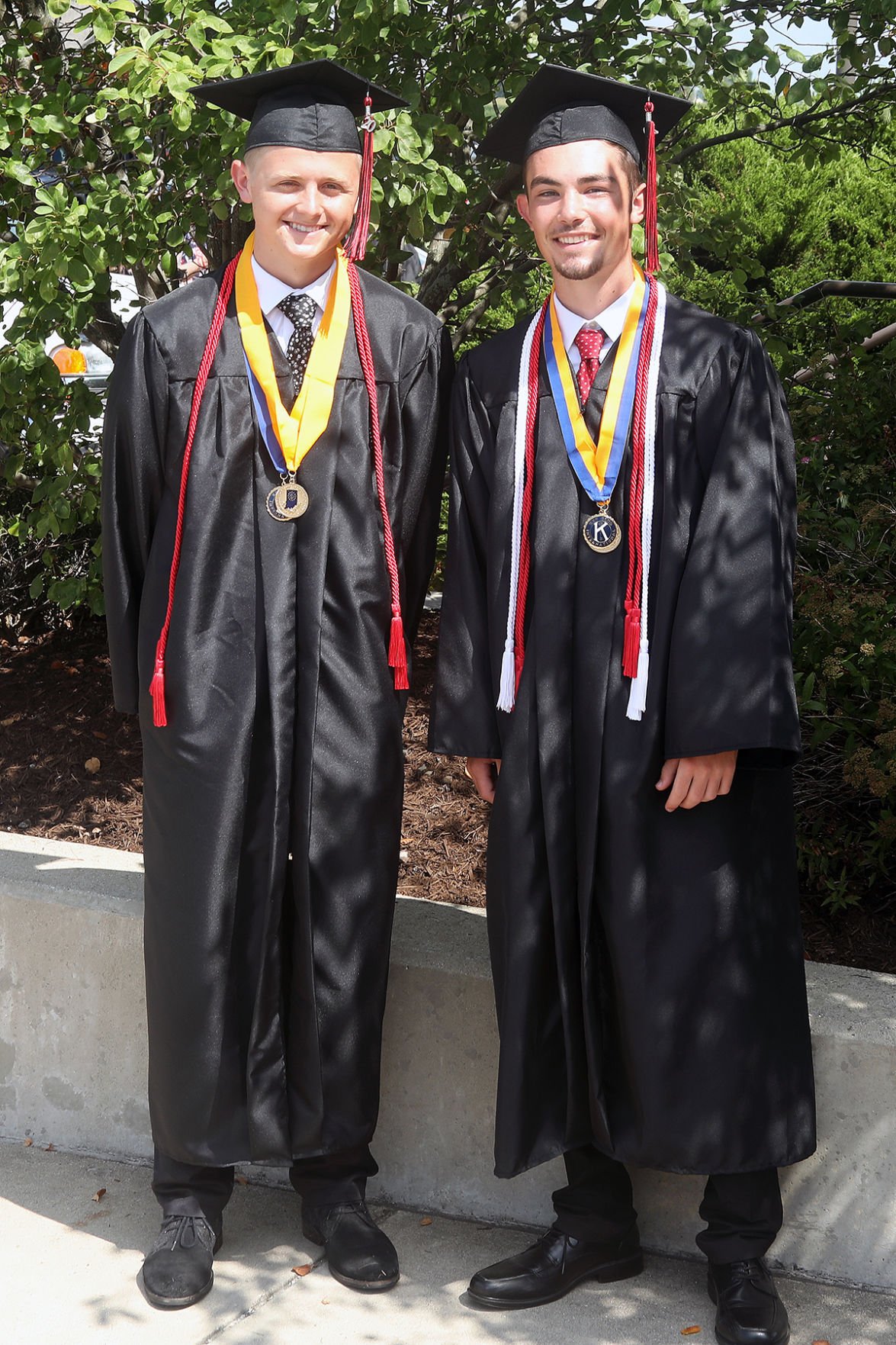 Clinton Prairie graduates, from left, Grant McGraw and Bailey Good celebrated with family and friends after Saturday’s ceremony in the school’s gymnasium.

Clinton Prairie graduates, from left, Emma Price and Madeline Swinford celebrated with family and friends after Saturday’s ceremony in the school’s gymnasium.

Clinton Prairie graduates, from left, Grant McGraw and Bailey Good celebrated with family and friends after Saturday’s ceremony in the school’s gymnasium.

Members of Clinton Prairie’s Class of 2020 were able to bring closure to their high school years by walking across the stage to accept their diplomas during Saturday’s graduation ceremony in the school’s gymnasium.

“It was fantastic,” said Clinton Prairie Superintendent Amanda Whitlock. “It was so great to see the whole group together. I just appreciated them willing to go through the ceremony and participating. But we are excited to get this done for the families.”

“These kids have had everything either cancelled or delayed,” Clark said. “Just the fact that we were able to have an in-person ceremony meant a great deal to all of us – teachers, staff, students, parents … everybody.

“It was a relief, honestly, just because it seemed like every day things were changing,” Clark added. “Just to get to that point and being able to get that done was a relief.”

Co-Salutatorians Isabelle Casey and Blake Richardson gave speeches early in the ceremony before Grayson Allen, the Valedictorian of Clinton Prairie’s Class of 2020, gave his speech in front of his fellow Gopher graduates. Retired Clinton Prairie educator Dan Hilgediek was the guest speaker.

While the school tried to give its graduates as traditional of a graduation ceremony as possible under the circumstances, there were obviously adjustments made due to the ongoing novel coronavirus pandemic.

“We had to limit the number of attendees based on recommendations from the (Clinton County) Board of Health,” Clark said. “We worked with the Board of Health and had (the ceremony) approved by them. We limited the number of attendees that each graduate could have, so they had to have tickets to get in. The graduates were wearing masks that were provided to them. The only time they took them off was to receive their diploma. It was great that everybody was willing to do what needed to be done to have a successful ceremony. The band was not there to play, and we were going to have someone sing but, with the timing and the situation, we were not comfortable with that. So, we went with piped-in music.”

Thanks to Mulberry Telecommunications (MTC), the ceremony was broadcast and livestreamed through multiple platforms.

“That was something we did because we had to limit the number (of those who could attend),” Clark said. “Our gym is usually packed for graduation. We knew there would be lots of family members and kids who were still in school who would not be able to (attend). We were able to have Mulberry TV. It is great to have them nearby and have a great relationship with them so that we could get that done. They put that out on multiple platforms.”