Skip to main content
You are the owner of this article.
Edit Article Add New Article
You have permission to edit this article.
Edit
Home
News
Sports
Opinion
Obituaries
Multimedia
Classifieds
Jobs
Archives
e-Edition
Contact Us
Share This
1 of 2 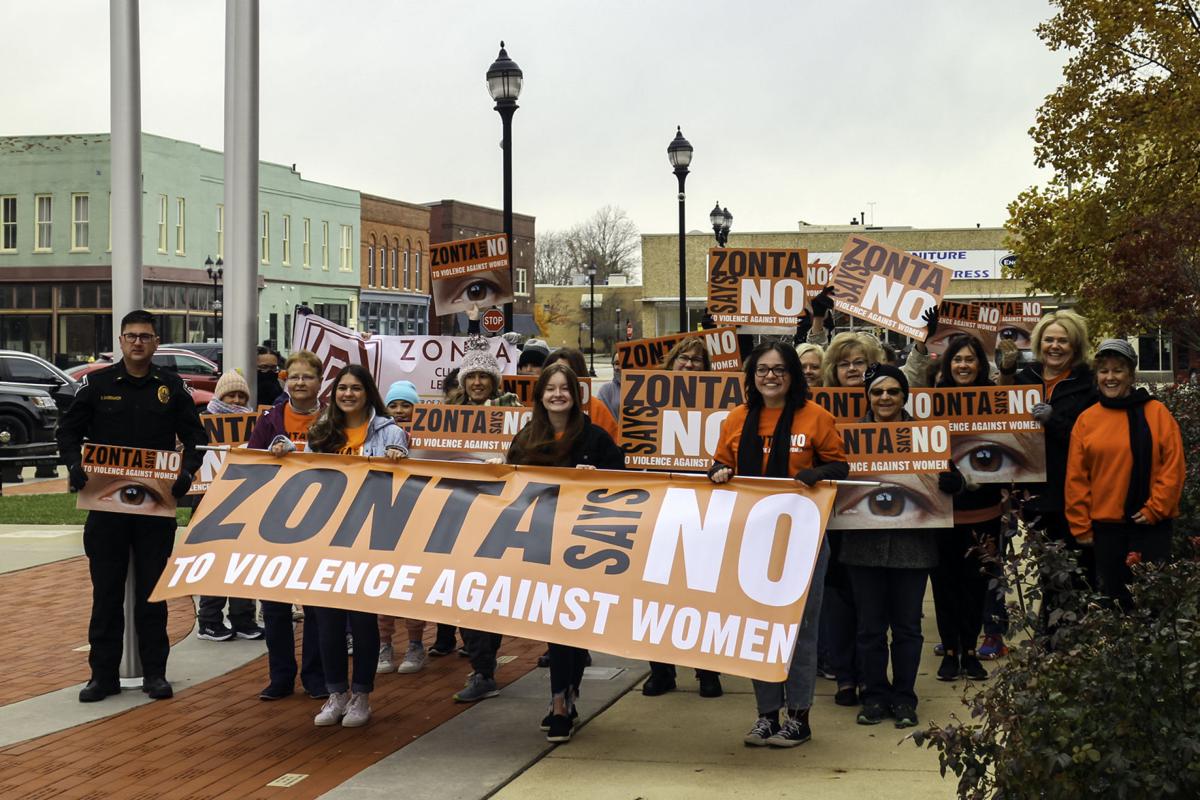 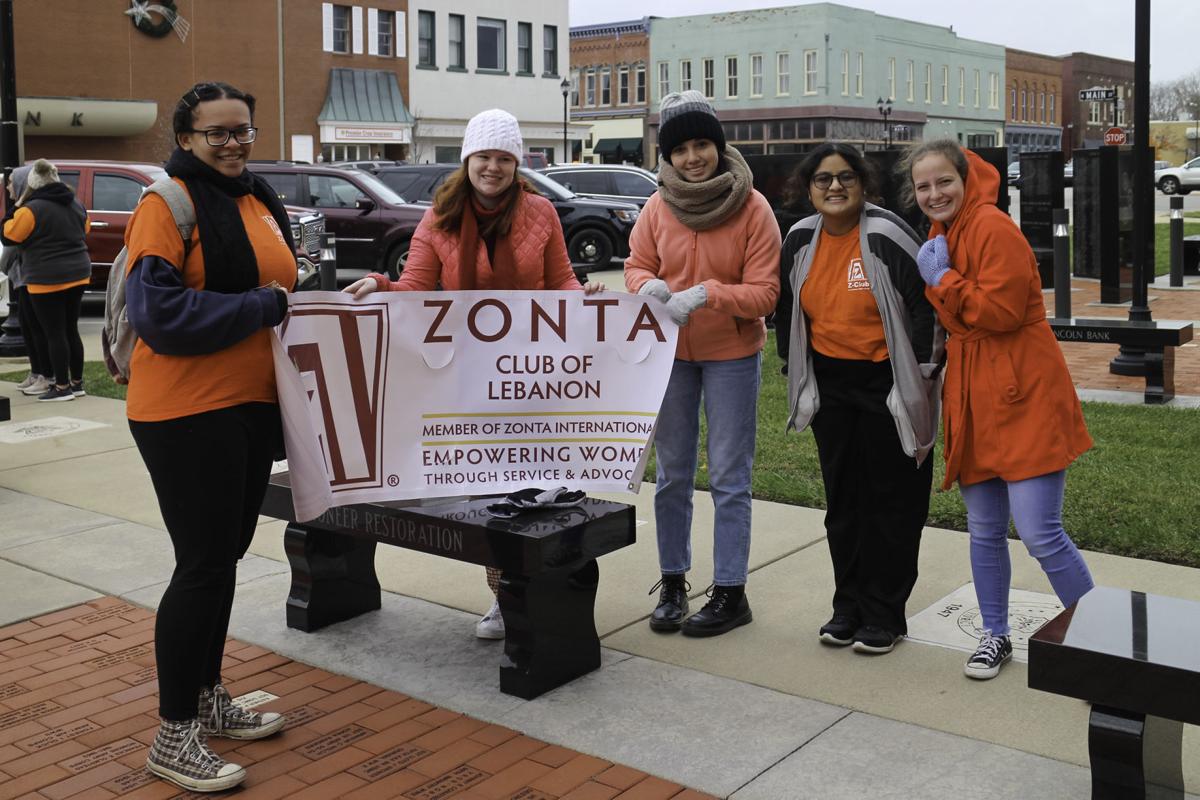 Members of the Zonta Club of Lebanon poses for a photo before participating in the walk on a chilly Saturday morning in downtown Frankfort.

Members of the Zonta Club of Lebanon poses for a photo before participating in the walk on a chilly Saturday morning in downtown Frankfort.

Active Zonta clubs from Frankfort, Lebanon and Indianapolis, as well as “Z Clubs” from Clinton Prairie High School and Lebanon High School, participated in the walk to help raise awareness of domestic violence and speak out against it.

Held in Lebanon and Indianapolis in previous years, this was the first time that Frankfort hosted the annual walk.

“We had three active clubs and two Z Clubs that are run through the high schools,” Zonta Club of Frankfort President Stephanie Buntin said. “It was great to see everyone come together to attend it. Downtown Frankfort is a nice area to walk, and we recently donated benches for the square that are placed on all four sides of the courthouse. It gives an option to those who may not be able to walk around to have a seat on one of the Zonta benches and observe as others did the walk.

“We had Mayor Judy Sheets, who is also a Zontian,” Buntin added. “We were happy to have her. We had Police Chief Scott Shoemaker and then we had Meghann Dubea, director of the Domestic Violence Intervention and Prevention Program. All three spoke, and Mayor Sheets did a proclamation for us.”

With Saturday’s proclamation, Mayor Sheets called upon all citizens to join her in recognizing the Zonta Club of Frankfort’s impact on advancing the status of women throughout the world. She also proclaimed Nov. 25 through Dec. 10 as “16 Days of Activism Against Gender-Based Violence” in Frankfort.

According to Zonta International, “gender-based violence, or violence against women and girls, is a severe violation of human rights. Violence not only negatively affects women; it also affects their families, communities, and countries. It knows no national or cultural barriers; it takes place at home, in the workplace and in open spaces, and affects millions of women and girls in peacetime and in conflict. Gender-based violence includes psychological, physical and sexual violence, and harmful practices such as intimate partner violence, sexual violence and harassment, child marriage, female genital mutilation and human trafficking, according to UN Women.”

“We use this to tie into our 16 Days of Activism,” Buntin said. “The biggest thing we hope to accomplish during the 16 days is to raise awareness that gender-based violence still exists as we see almost every day on the news, and to take a stand and say ‘No’ against it.

“As the host president, I appreciate everyone who came out on a very chilly day to show their support for our campaign,” Buntin added.

Mayor Sheets was excited to have the walk hosted by her Frankfort club this year.

“I think it is important that the people recognize and look at how violence against women affects our community,” Sheets said. “To bring awareness and help provide assistance to the people – that is part of why I joined Zonta.”