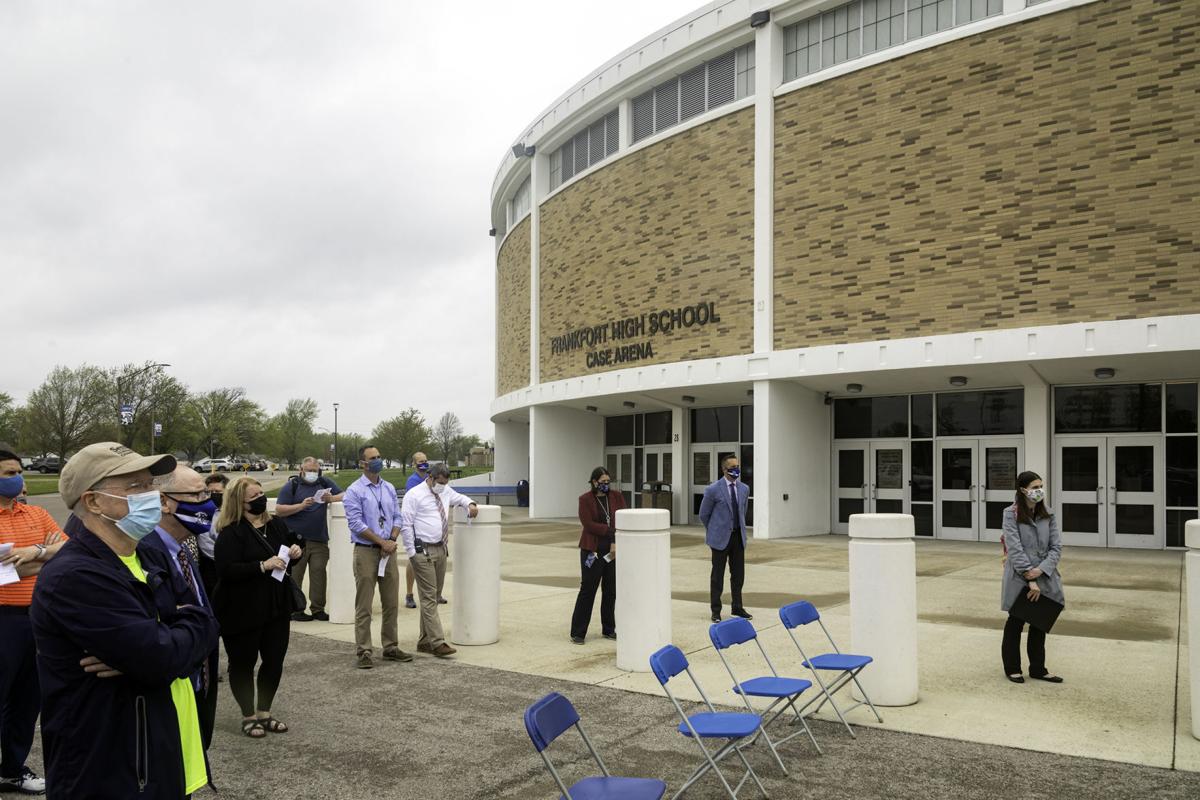 A crowd listens to remarks made during the dedication ceremony for the Case Arena historical marker on Wednesday at Frankfort High School. 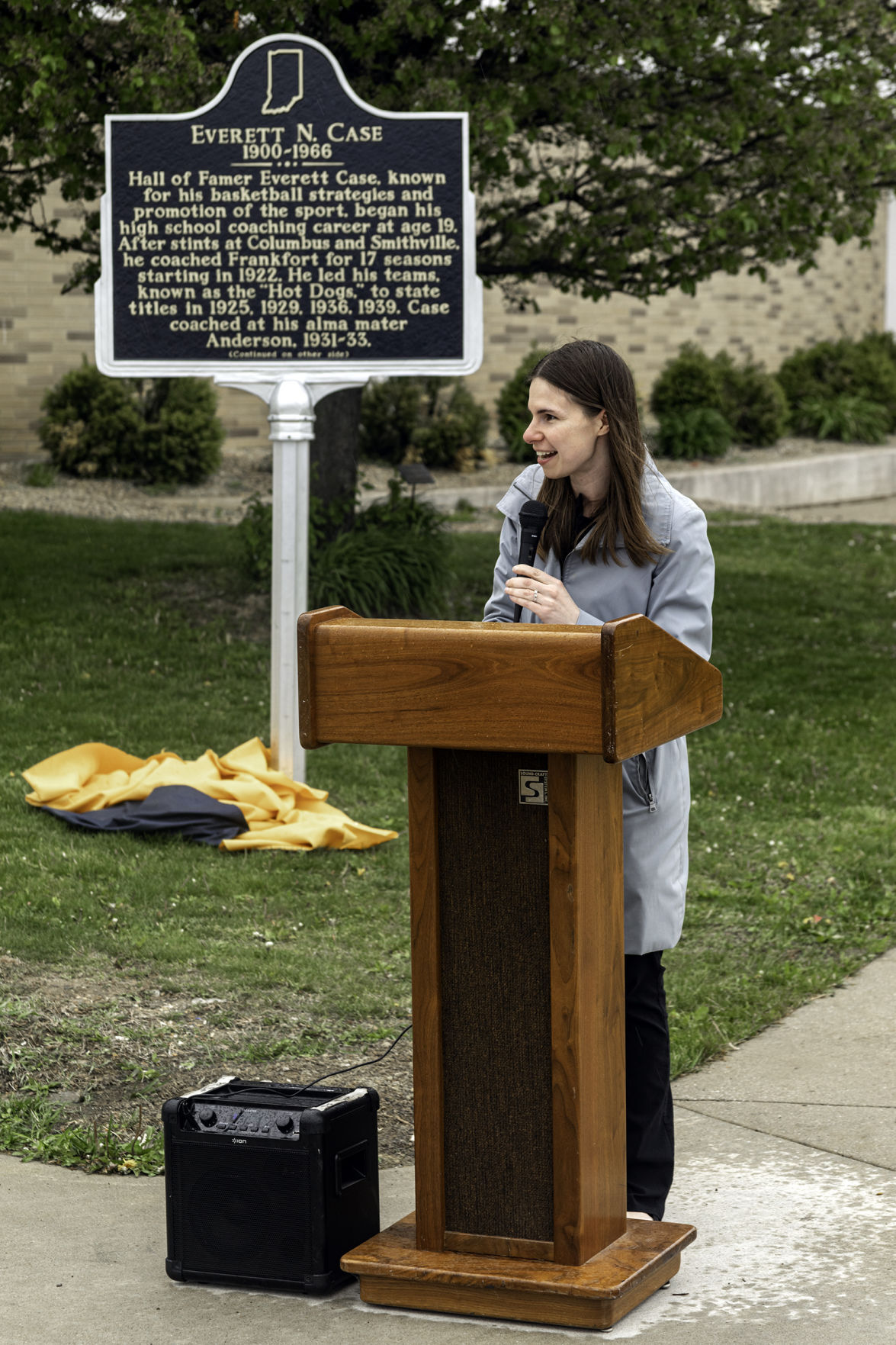 A crowd listens to remarks made during the dedication ceremony for the Case Arena historical marker on Wednesday at Frankfort High School.

Case Arena’s historical marker was officially unveiled during a dedication ceremony outside the historic gymnasium Wednesday at Frankfort High School. It is the first Indiana Historical Bureau marker in Clinton County.

“When I think about Everett Case, I think about Case Arena,” FHS Principal Cindy Long said. “We certainly don’t take the time to think about its namesake – Everett Case. I am hoping that this sign will help us to remember Everett Case, his basketball seasons here in Frankfort, his four state championships, but most importantly the lives that he changed and the endless promotion of what he loved. As the principal, I hope this marker inspires our teachers, our students, our fans and everyone that comes through Case Arena.”

As head coach of the Hot Dogs, Case led Frankfort to state championships in 1925, ’29, ’36 and ’39 before his years as head coach of the North Carolina State University Wolfpack where he won nine straight conference titles (Southern Conference and then Atlantic Coast Conference) from 1946 to 1955 and compiled a 377-134 record in his 18 years at the school. The ACC Tournament’s Most Valuable Player award is named in his honor.

Niehaus remined those at the ceremony of Case’s role as an innovator in basketball, citing him as the first coach to use a full-court press and as also being responsible for the 10-second line due to his stalling tactics.

“As a showman, he was the first coach to have music played at home games,” Niehaus added. “He put numbers on uniforms and began the introduction of starting lineups. He was the first to cut down the nets during tournament games. He marketed and sold his program and himself to the general public.”

“That was a real pleasure for me to do. I spent 19 years in that gym,” Milholland said. “Some people say that the gym is the 23rd-largest gym in the state. I looked up some stats and counted that it was the 20th, and that is the latest count, and Seymour has the largest at this time. So, it may not be the largest gym, but I can certainly tell you it is the best-playing gym, and it is the best fan gym in the state of Indiana. And the teams that come in here love it because it is a shooter’s gym.

“And it was only fitting that we used Everett Case Arena as the movie site for ‘Blue Chips,’ and that was really a tribute to Everett Case and what goes on here,” Milholland added. “…(Case) won 15 of 17 sectionals at Frankfort High School, and he won 14 of 15 regionals, too. The only (other) teams that won during his tenure were Rossville in 1937 and Jackson Township in 1931.”

Casey Pfeiffer of the Indiana Historical Bureau says that the organization receives applications for historical markers each year from the public.

“Right now, our application cycle is open. Our deadline is July 15,” she said. “We take applications from the public. We look at things like statewide significance. And then we work with community to get those markers installed. It is really a collaborative process.

“We have markers for military history, science, arts, technology – you name it, it is really a full gamut,” she added. “We have a webpage that lists every maker that has been installed around the state. We are hoping that this is just the beginning of makers in Clinton County and look forward to applications in the future.”