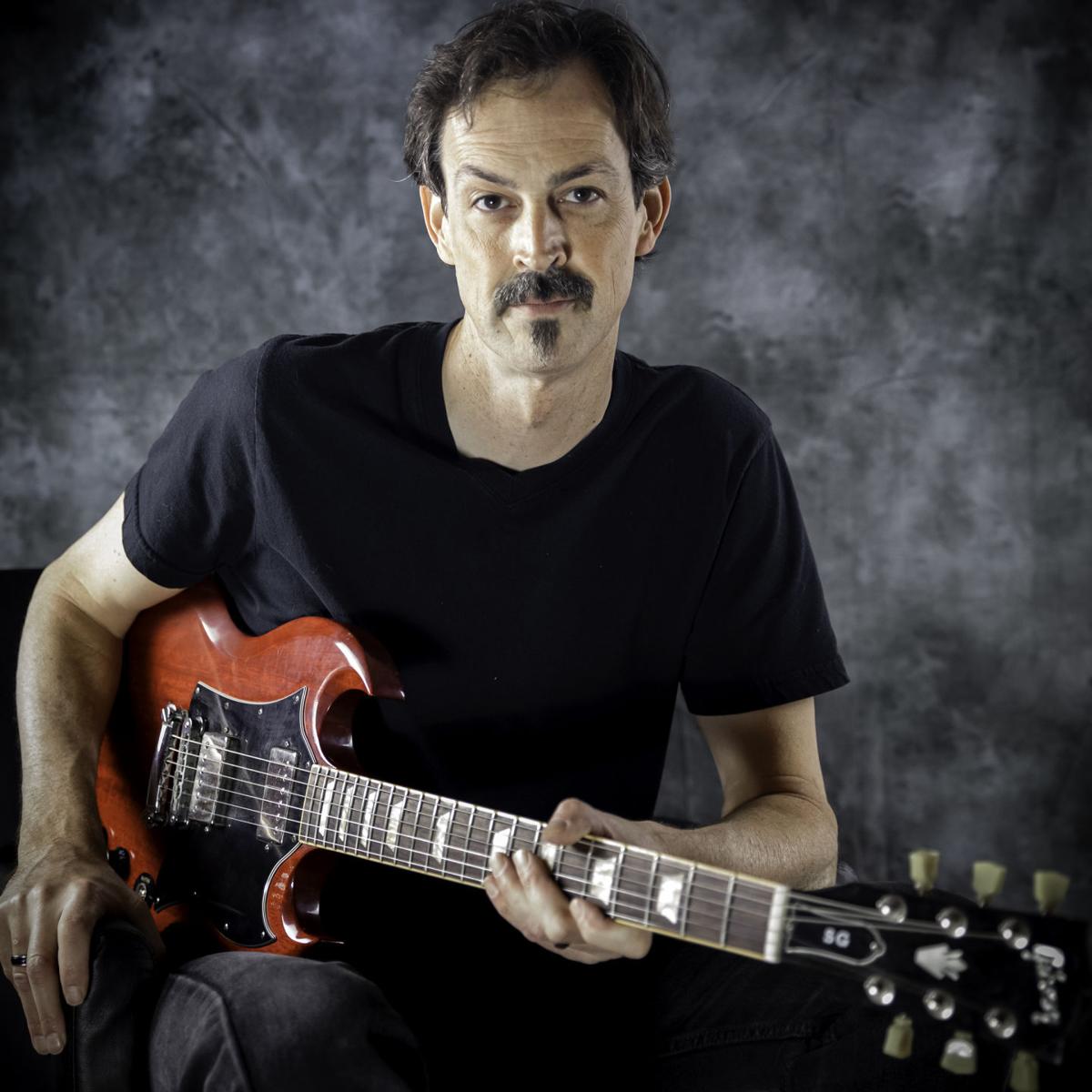 Jason Wells and his band are ready to tour in 2021 after recently signing with Smart Set Entertainment out of Nashville, Tennessee. 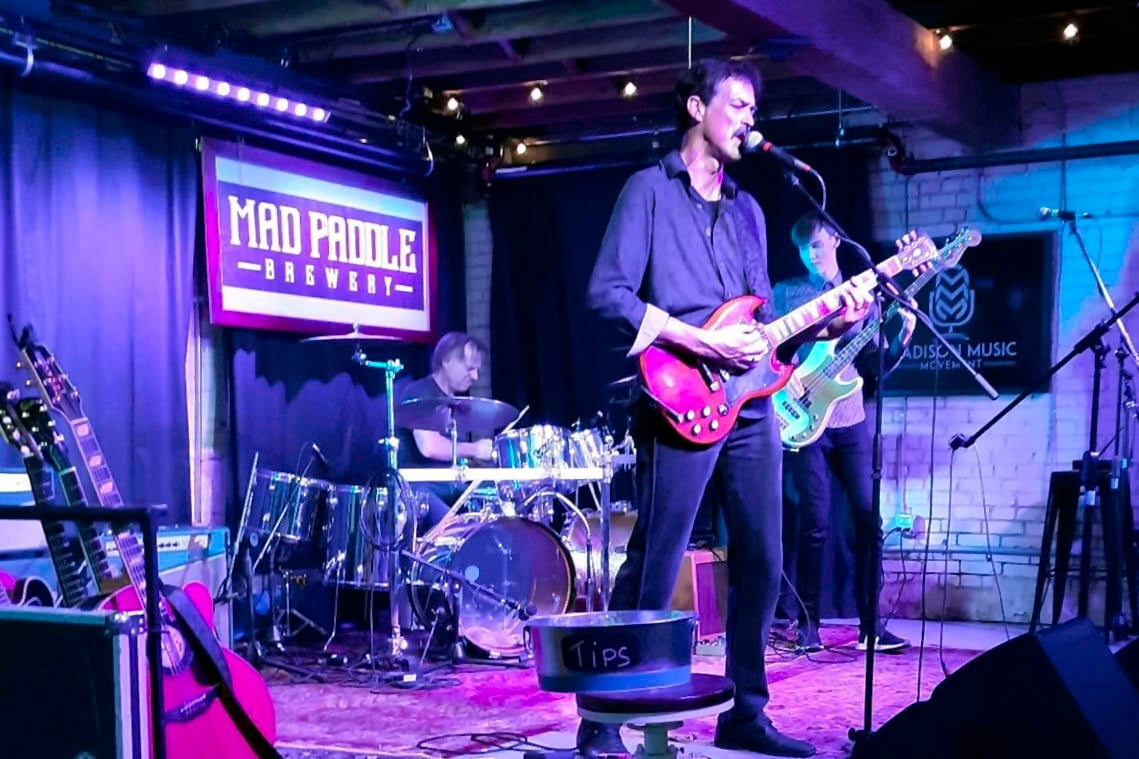 Jason Wells and his band are ready to tour in 2021 after recently signing with Smart Set Entertainment out of Nashville, Tennessee.

The Jason Wells Band is itching to get back on the road after a rough year in which both musicians and live music venues suffered.

“We just signed on with Smart Set Entertainment in Nashville, so we are getting everything in order,” Wells said. “It is a little different ballgame now. We are going to be doing some bigger clubs, some festivals and different things like that. So, it is growing, and it is good.”

The Frankfort native and his band will resume touring in June.

“We have shows coming up,” Wells said. “It is a slow start to touring this year, but we have been getting things coming in. We are looking to Virginia, to Arkansas, to Florida and then to Michigan for this year.”

The band’s schedule will be posted on jasonwellsmusic.com.

“Everything will be updated on there,” Wells said. “We have a couple things in June but mostly July and August. With everything going on, it is just kind of a mess out there. Some (venues) didn’t make it. Some are trying to open and can’t find help to run a show. Some are doing well. And the ones that are doing well, they are trying to book musicians closer to them instead of from farther away. There are so many aspects that make it difficult right now.

The Jason Wells Band is currently comprised of George Sheppard on drums, Jason on vocals and guitar, and his son, Gibson Wells, on bass guitar.

“George is a Grammy-award-winning drummer,” Wells said. “He has played with Jimmy Thackery and the Drivers for 15 years and Dizzy Gillespie. He has played with a bunch of people and a lot of the blues guys – Jimmie Vaughan, Stevie Ray Vaughan, Kenny Wayne Shepherd – you name it. George has been with me for about three years, and Gibson has been on since my last bassist (Evan Grubbs) moved to Austin, Texas.”

Gibson, who turns 20 in June, is one of Wells’ five kids who grew up around music.

“They are all into a little bit of music, but every kid is a little different. Especially when Gibson was growing up, music was always in the house,” Wells said. “I never pressured him to do anything other than what he was into. He wrote his own comic strips for a while. And then, at about 12, he really started getting serious in guitars. We allowed him the space and opportunities to grow into it and teach him along the way. He has a job as a studio engineer just from that experience. That is a college degree type of job. He was able to walk into that from experience growing up, working hard and learning.”

Wells too grew up around music and dreamed of someday performing on stages around the nation.

“I always kind of wanted to. I had daydreamed about it since I was a kid – since I could remember,” he said. “Really, I just thought it was never going to happen or I wasn’t going to be able to – until the housing market crashed and I got laid off from my job. I had to go out and try to make ends meet. That was what I was good at. So, I tried it and did better than I thought. I kept at it and kept learning. I don’t know if I would have made the jump on my own, but I was ready to. When the housing market crashed, that was my opportunity.”

Wells got his first electric guitar when he was a kid.

“I started when I was 12 or 13. I got a guitar for Christmas,” he said. “My dad always had an acoustic guitar, and I thought it was the coolest thing. I got an electric guitar for Christmas one year. It was called a ‘Terminator.’ It had the speaker built into it. They had them at Toys R’ Us and stuff. I had that.”

The Terminator got Wells started, but he quickly upgraded.

“That summer, I got a Series 10 Les Paul copy,” he said. “I mowed my grandma’s yard and worked around the house for her. I saved a bunch of money and bought my first amplifier.

“It was always more of a hobby to me,” Wells continued. “Really, I settled for it being a hobby for a while, but I was always playing. I took it very seriously at home until I had the opportunity to go out and make money doing it. Growing up, I would play at parties and entertain. I would have my acoustic or electric, and people would holler songs at me. I was always playing.”

Wells says that his early influences include Deep Purple, Eric Clapton, Jimi Hendrix and The Who.

“My dad had thousands of records and a record store when I was a kid for a while,” he said. “That 60s and 70s rock – Peter Frampton, Cream and all of those were saturated in our life.

“I would classify myself as Blues Rock or 70s Rock. Blues Rock is usually the go-to term,” Wells added. “But also, my songs are influenced by a wide range. Some are bluesy and gritty, and some are more country, happy or a little bit of a mix. But it is mostly ‘Blues Rock’ that we are classified as.”

Wells has played all over the Midwest in the last decade-plus.

“I did Buddy Guy’s a couple times in Chicago,” Wells said. “That was really cool. It was a lot of pressure. A lot of legends have played there. I got to open for some big national acts. I played RibFest in Naperville (Illinois). There have been a lot of downtown festivals. We opened up for Candlebox one time. That was a fun show. Hard Rock Café in Memphis. That was fun.”

Wells still lives in Frankfort and is an advocate of the healthy art and music scene that exists in Clinton County.

“I think there is a lot of talented people and a lot of creative people here,” Wells said. “Some decide to go out, step out and do it in public, and some do it at home. Regardless, we are all creative people. The community should really objectively look at Arts and Entertainment as a mean of expression, encouragement and uplifting. We can all help each other instead of competing against each other. I think that is the key to a community of artists. We can all encourage and help each other. Sometimes, we get this notion that it is ‘my band’ or ‘my art’ or ‘my show,’ – that sort of vibe. We really just need to, as a community, work together and support each other in the arts. We can all create that environment where we can have a better environment to share and opportunities to share.”