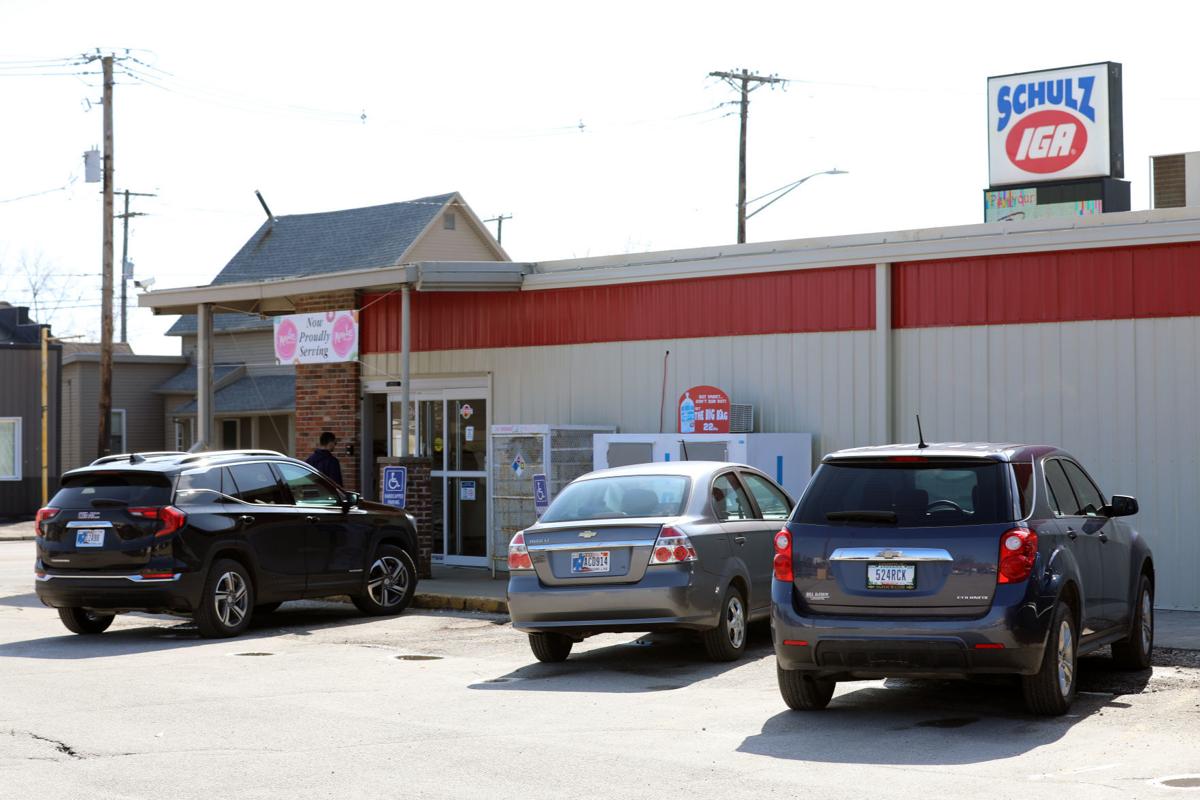 Schulz IGA in Frankfort is among the many local grocers that have worked overtime to keep its shelves stocked during the COVID-19 pandemic. 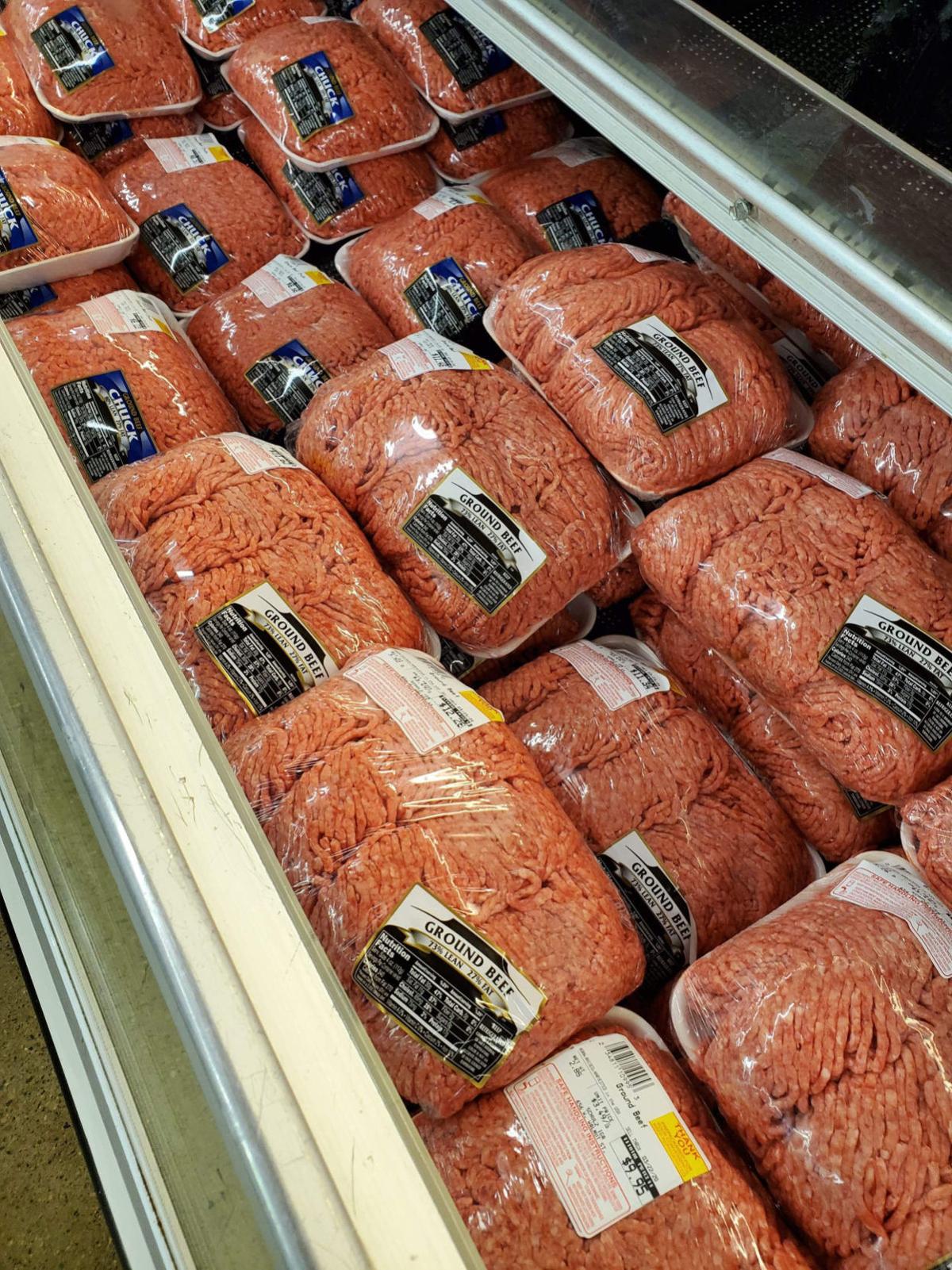 Staples like beef, milk and bread that were temporarily scarce have now been replenished in many local grocery stores.

Schulz IGA in Frankfort is among the many local grocers that have worked overtime to keep its shelves stocked during the COVID-19 pandemic.

Staples like beef, milk and bread that were temporarily scarce have now been replenished in many local grocery stores.

As the coronavirus pandemic spread across our nation in March, the importance of local grocers became even more apparent. Suddenly, they faced record traffic in their stores due to residents stocking up on food and supplies in anticipation of having to shelter in place.

First there was a run on toilet paper, disinfectants and hand sanitizer, but soon staples such as milk, meat, eggs and bread became more difficult to keep on the shelves. Eventually, canned goods, baking ingredients and pastas became scarce as well.

Eric Woods, manager of Schulz IGA in Frankfort and a City of Frankfort councilman, says that the mid-March rush on groceries was the largest scale mass purchasing event in his store’s history.

“It was very challenging as many of our suppliers experienced immediate outages,” Woods said Thursday. “We immediately tapped various secondary suppliers such as restaurant food service vendors to ensure the highest level of stock possible. Many of our vendors like Aunt Millie’s and Prairie Farms are working very hard with extra stops to insure our shelves are not empty.

“Within the first week, supply and demand forced wholesale costs up,” Woods continued. “This was seen first in commodities items like eggs and ground beef. Our associates went above and beyond this last week, many working their days off and overtime hours to make sure our customers where properly serviced. One of the keys to a successful business is having great associates who care about treating the patrons right, and we are certainly blessed in that respect.”

Woods said that his staff understands the importance of their roles during the pandemic.

“I have a fantastic staff,” Woods said. “Everyone knew that it was necessary. The market we are in providing food and groceries – we had to be able to do that, and the staff knew it. The community was relying on grocery stores when there were fears of being quarantined. Everyone stepped up and did a fantastic job. I couldn’t be more proud of their work during this trying time.

“We had a few people in the high-risk category that did opt to be off for an extended time. I was perfectly fine with that and offered that up,” he added. “They will come back when the release is given and they feel a little more comfortable.”

Woods says that his long relationship with many of the stores vendors led to some extra support during the rush.

“We are very thankful for that,” Woods said. “We didn’t run out of bread and milk near to the degree that I thought we would when this thing started. We ran out of certain things, but we were able to use our various suppliers to keep some amount of product in. The customers all-in-all were very understanding of this. I have a fantastic, loyal customer base, and they were very understanding.”

Grocers also feel the responsibility of keeping both the public and their employees as safe as possible.

“As the food industry is very essential to the welfare of the people especially at a time like this, we understand our jobs become more of a duty to make sure the community has what they need in these uncertain times,” Woods said. “We are basically disinfecting and sanitizing constantly to do everything possible to reduce the risk of spreading a potential virus. Many are wearing gloves and keeping a reasonable distance during customer interactions.”

After Gov. Eric Holcomb announced his stay-at-home order and released its guidelines, grocers were rightly among the list of essential businesses. It also became clear that people would still be allowed to leave their homes to buy food and other essential items at the stores. Now that the rush to the stores has waned to an extent, Woods says that traffic in his store has almost returned to normal.

“It definitely has,” Woods said Tuesday. “It looks like we are back to what I would consider near-normal traffic. Since we are considered essential, people are still buying groceries. So, we are maintaining a normal stocking crew and a normal number of departments for restocking and handling customers.”

Woods said that some of the things that people still have trouble finding – like bath tissue, Lysol and disinfecting wipes – are slowly coming back.

“We have every indication that the manufacturers are getting them into the distribution centers now, and we hope to have everything next week,” Woods said.

During the rush, Schulz IGA had to close its hot food department, but it is now back open from 11 a.m. to 7 p.m. each day. Woods said that store hours will remain at 8 a.m. to 8 p.m. until the stay-at-home order is lifted.

“If the governor extends that, we will extend our abbreviated hours to match,” Woods said. “Other than that, we are taking every precaution for our heath and the safety of the customers.

“If you are showing any flu-like symptoms, be kind and stay home,” he added. “Send a family member who is not showing symptoms to come shop.”

Woods also encourages older customers to shop early in the morning when there is typically less traffic in the store. Many stores have been trying to implement the practice of reserving the first hour or two for their older, more at-risk customers while asking the younger and less at-risk to wait until after that time to shop as to not put them as risk.

Woods also shared with The Times that Schulz IGA has started a delivery pilot program.

“Just this week, we started a pilot delivery program for Wesley Manor to specifically take care of the senior citizens’ need out there because of the higher risk,” he said. “We are going to do that throughout the month of April as a pilot program and will hopefully be able to extend that to all of our customers after that. It is more of a community service right now with their inability to travel.”