You are the owner of this article.
Edit Article Add New Article
You have permission to edit this article.
Edit
Home
News
Sports
Opinion
Obituaries
Multimedia
Classifieds
Jobs
Archives
e-Edition
Contact Us
Share This
1 of 4 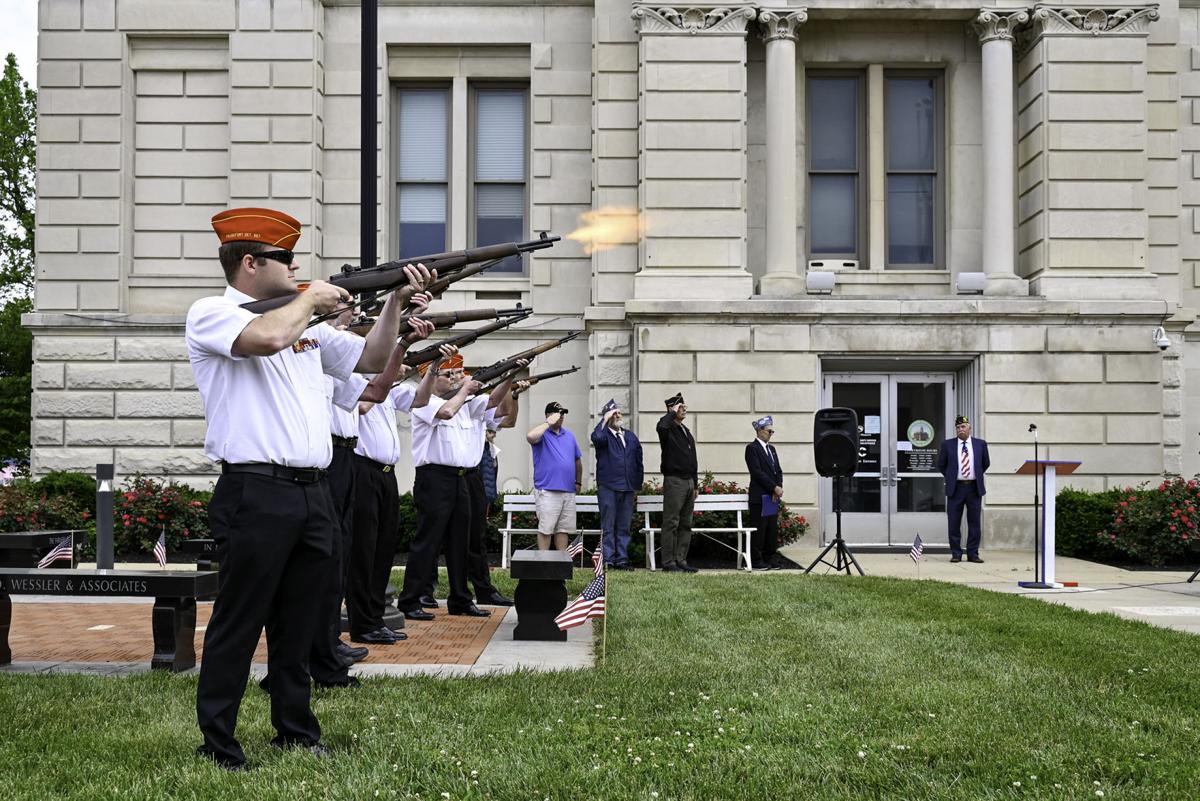 Marine Corps League Frankfort Detachment #967 fires off a 21-gun salute during the Memorial Day ceremony outside the Clinton County Courthouse. 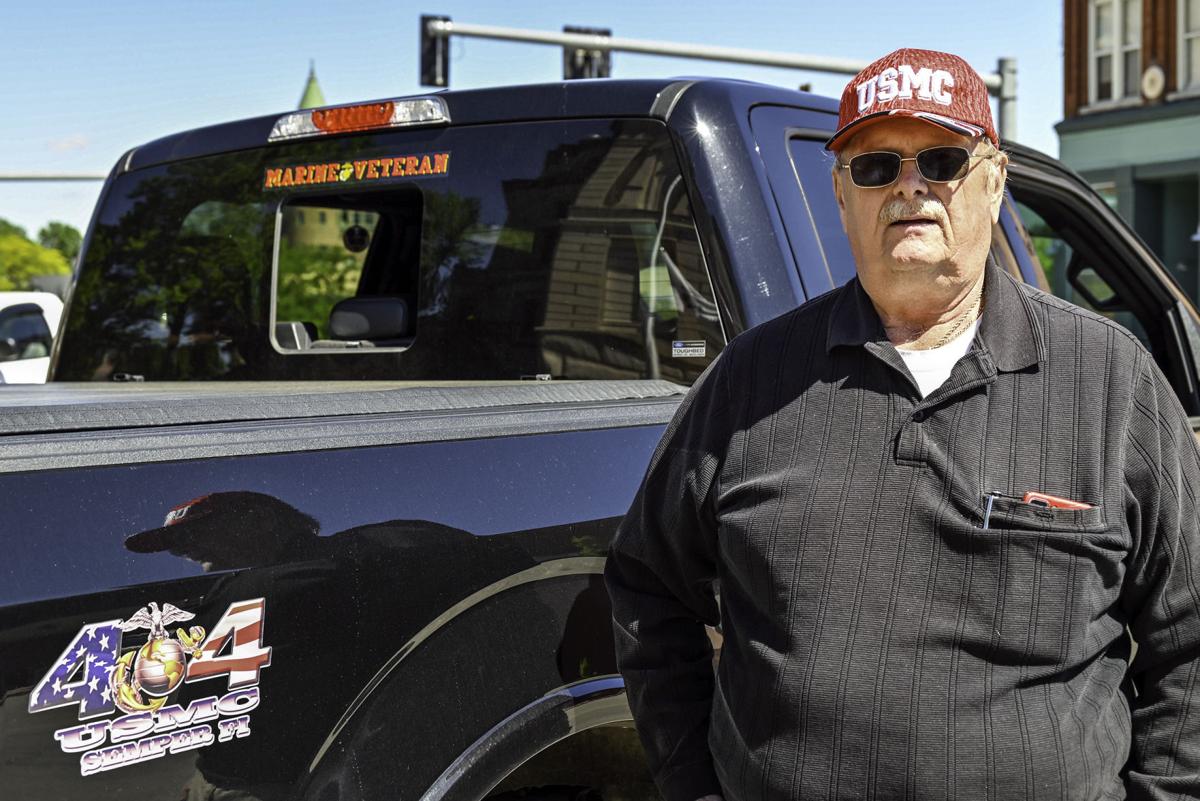 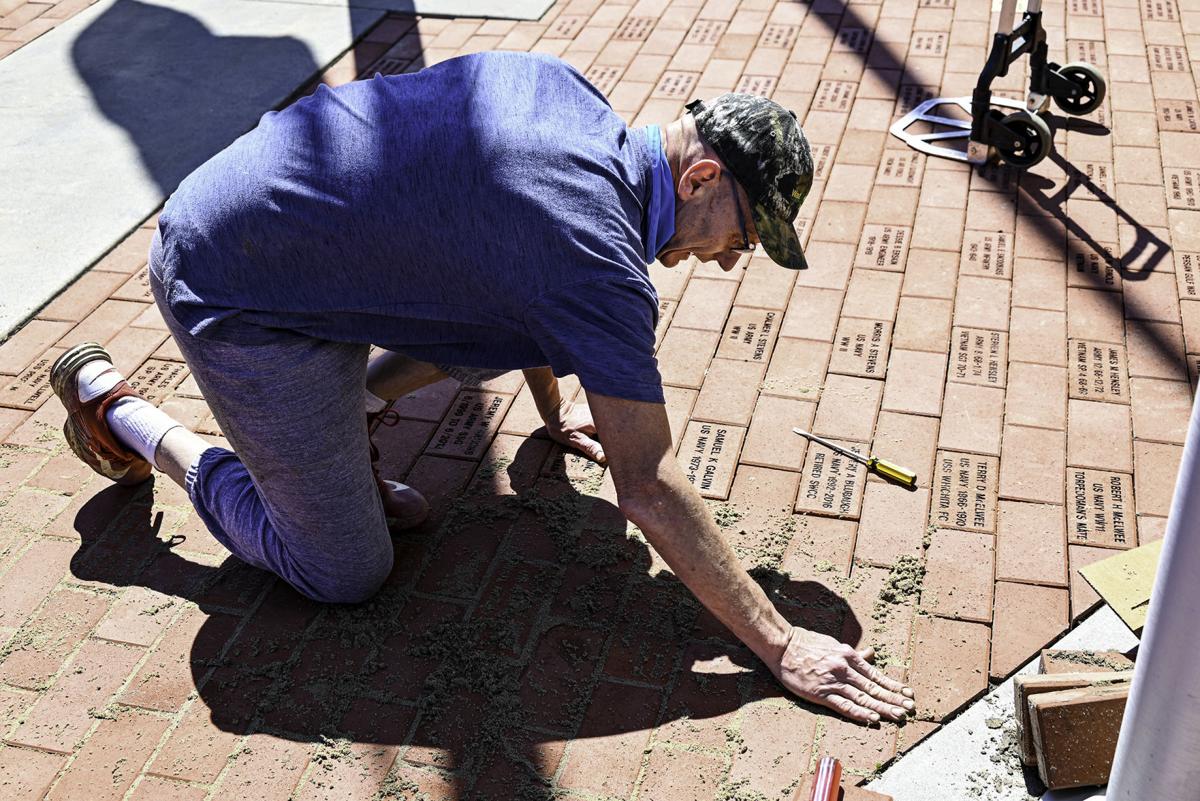 Scott Villars works on the brick pavers at the memorial. 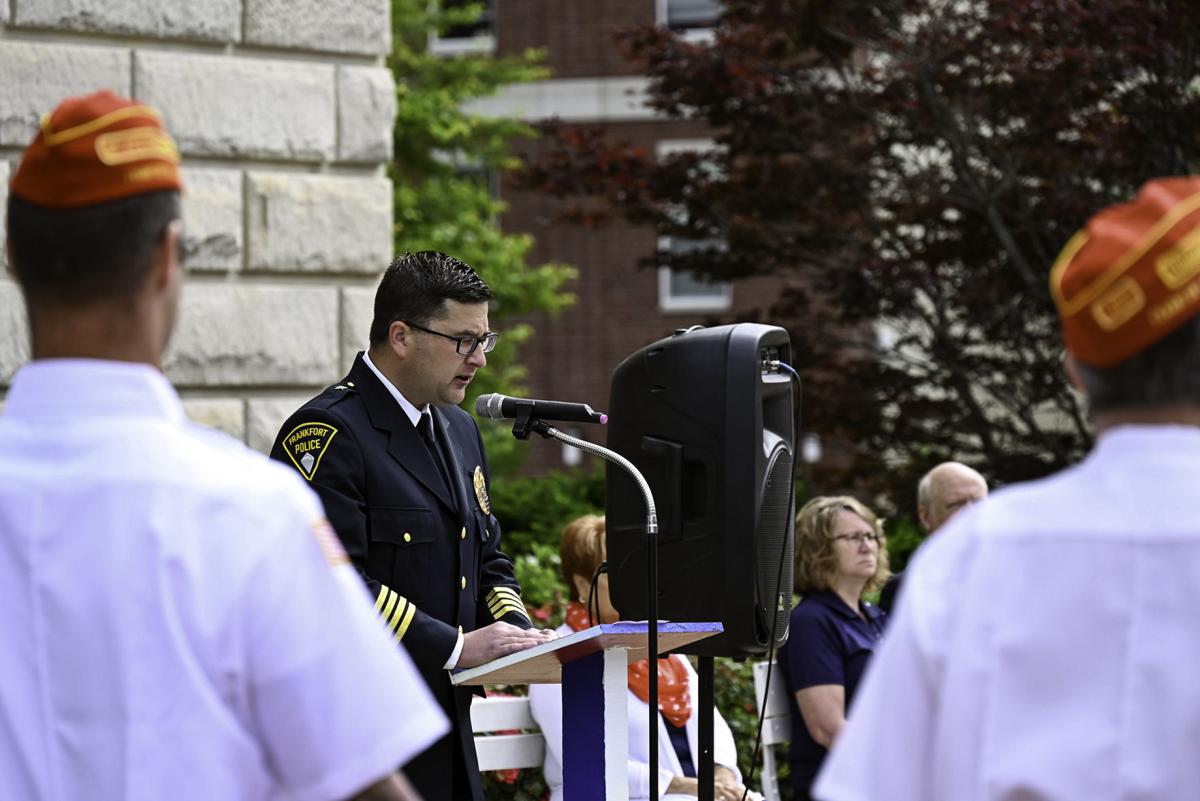 Police Chief Scott Shoemaker speaks during the Memorial Day ceremony outside of the Clinton County Courthouse.

Marine Corps League Frankfort Detachment #967 fires off a 21-gun salute during the Memorial Day ceremony outside the Clinton County Courthouse.

Scott Villars works on the brick pavers at the memorial.

Police Chief Scott Shoemaker speaks during the Memorial Day ceremony outside of the Clinton County Courthouse.

For Joe Root, the Clinton County Veteran Services Officer, the courthouse memorials have been a passion and a labor of love and respect for our nation’s fallen military. His driving force to continue improving the monuments is to ensure the memory of those who lost their lives in defense of the United States will always be remembered and honored.

This year’s Memorial Day ceremony, which took place at the memorials on the south side of the courthouse lawn at 10:30 a.m. Monday, saw a gathering of between 50 and 60 people paying respects to those who fell during the many wars in our nation’s history.

The Memorial Day address was given by Frankfort Police Chief Scott Shoemaker. In his speech, Shoemaker emphasized the importance of remembering those who paid the ultimate sacrifice and why they should not be forgotten.

“Real heroes wear uniforms, and they venture off not knowing if they will return,” Shoemaker said. “So think about that today. Enjoy your cookout. Enjoy your baseball game or whatever you’ve got planned today. Just remember Memorial Day is a day to remember those who died fighting for us. Today many American families are mourning the loss of a loved one. Due to our military, they have a freedom to protest, freedom of speech, freedom to bear arms. The government did not give these things to you. Someone fought for you to be able to do these things. Someone died for you. Let’s honor our military heroes today.”

As for Root, one could say that he was “drafted” into service to replace the retiring Veteran Services Officer, Lloyd Brower. Root describes the events that led to him taking over the position held at that time by Brower.

“I used to volunteer for him,” Root said. “I would come in and work in the office. One day he said, ‘Can you be here Monday?’ I showed up at the office on that Monday and he said, ‘We got a meeting to go to.’ I didn’t really know what was going on, but I said OK. So, we went to the Commissioner’s meeting, and they asked Lloyd if he had something. He said, ‘Yeah, I’m retiring, and this is my replacement.’ So, it was kind of out of the blue. I knew all of the commissioners, and they knew me. I had been Chief Deputy at the jail doing budgets and different things.”

The commissioners asked Root if he wanted the job. He told them that he wasn’t looking for a job because he had retired, however, he would do it on one condition.

“(I said) I want to build a memorial to honor our veterans because we don’t have one in Clinton County,” Root said. “They gave me the typical commissioner’s response – ‘You can build anything you want as long as you pay for it.’”

Root, who served in the United States Marine Corps, accepted the challenge.

“I took that to heart,” he said. “There were two other people that tried before but they weren’t able to raise the money. So, that’s when I started my fundraising, and the community was definitely on board. I had five meetings at the American Legion for people to come in and give me input on what they would like to see and then I started drawing out the design we have now.

“When I first started, I was only envisioned the one with the five vertical tablets to honor our war dead,” Root continued. “And it was so well received by the public that I had to expand across the sidewalk (east of the tablets) and do the flag memorial.”

Root had intended to have a flag memorial, however not quite the scale as what is in place now.

“Things kind of progressed from there,” he said. “I did a design on the cube that has our four generals from Clinton County. I thought it was important that we honor them. Only about 2 percent of the people that go into the military achieve the General status. So, I was proud that we had four from Clinton County, and I wanted people to know that.”

Russ Kaspar later approached Root with the idea of adding a sun dial to the flag monument. He said as far as he knew there are none in Indiana.

Maintaining the memorials requires funding. Root said donations are needed to keep the memorial looking sharp at all times.

“The way we do that is through donations for paver bricks,” he said. “I sell paver bricks all year long.”

The money from the brick donations not only goes to the purchase of personalized paver bricks but also to help maintain the memorials and purchase new flags and such.

“I use that money to buy the flags,” Root said. “The flags cost approximately $2,600 a year. I want my flags to look perfect. I do replace them several times a year.”

Soon, a new flag will be added to represent the Space Force, the newest branch of the military.

There are options on bricks. You can get either a small 4-inch-by-6-inch brick or a larger 6x6. The cost for a small brick is $100 each and the bigger ones are $200 each.

“Once you buy a brick off of me and I have it put into the memorial it’s guaranteed for life,” Root said. “If something happens to it, I’ll have that one pulled out and another one made.”

Those who want to purchase a personalized memorial paver brick or wish to donate to the memorial project itself can do so by contacting Root at his Veteran Services office in Old Stoney at 765-659-6389.

Root said the person who does all of the brickwork has been with him since the beginning of the project.

“The guy that does all of my brickwork is Scott Villars,” Root said. “He’s a tremendous asset to me. He works on the memorial and does everything for me to get the bricks laid so there are no high spots or low spots. It’s been a good teamwork with him, and he’s done such a fantastic job.”

“There are a lot of people that came up here when we were doing this,” said Villars, owner of Classic Brick Pavers and a Navy veteran. “You see a lot of tears. They would tell you a lot of stories, and it’s really interesting. So, it’s been a great project. It’s awesome what (Root) has done up here. It’s amazing. It’s been a privilege to help with this.”

Like Villars, Root feels a great sense of pride in the project when he sees people visiting the memorials.

“It’s just been a tremendous project for our community,” Root said. “I see people up here all hours of the day, and it’s so reverent to see them sitting on the benches talking about their family members who are on the black vertical tablets.

“The whole purpose is to honor the veterans who gave their lives for our country,” he added.