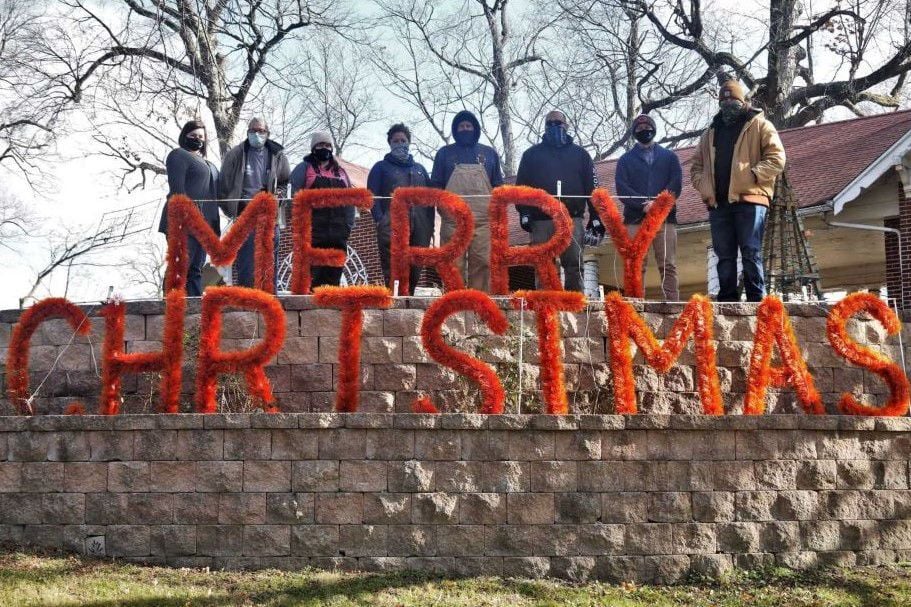 City of Frankfort Parks Department employees pose behind one of the many displays that have been set for this year’s Holiday Festival of Lights at TPA Park. 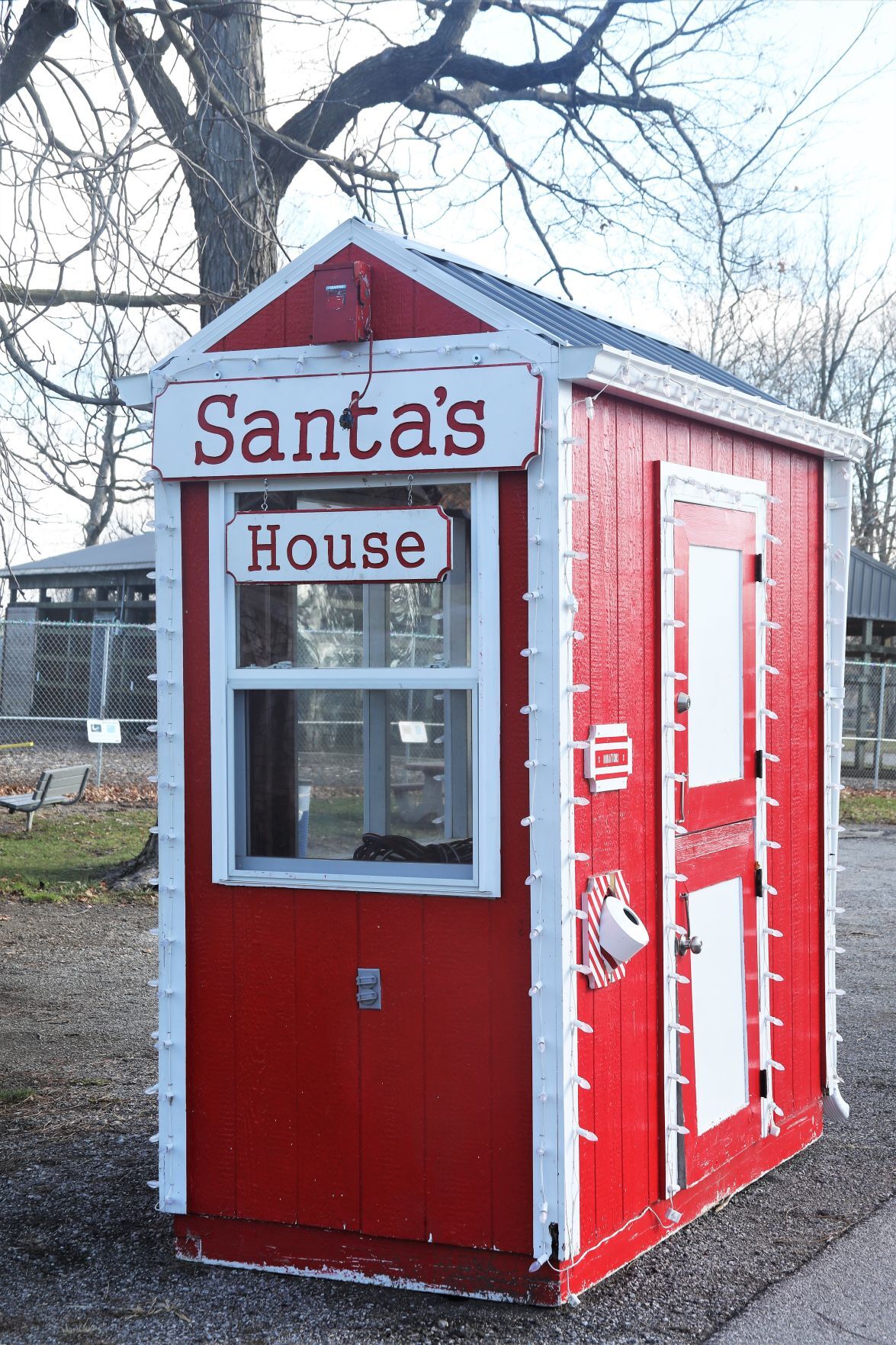 Santa’s House stands ready for the Holiday Festival of Lights at TPA Park. 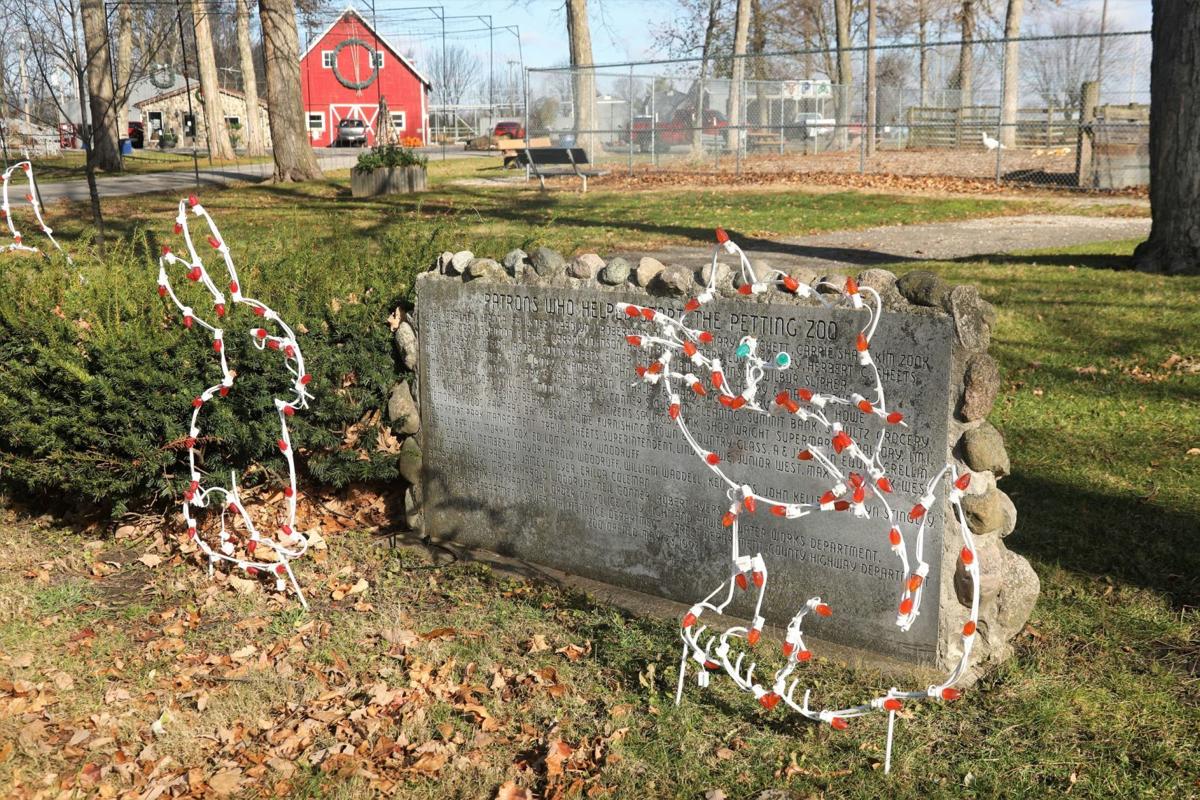 Work on setting up so many details and so many more lights began back in early October. 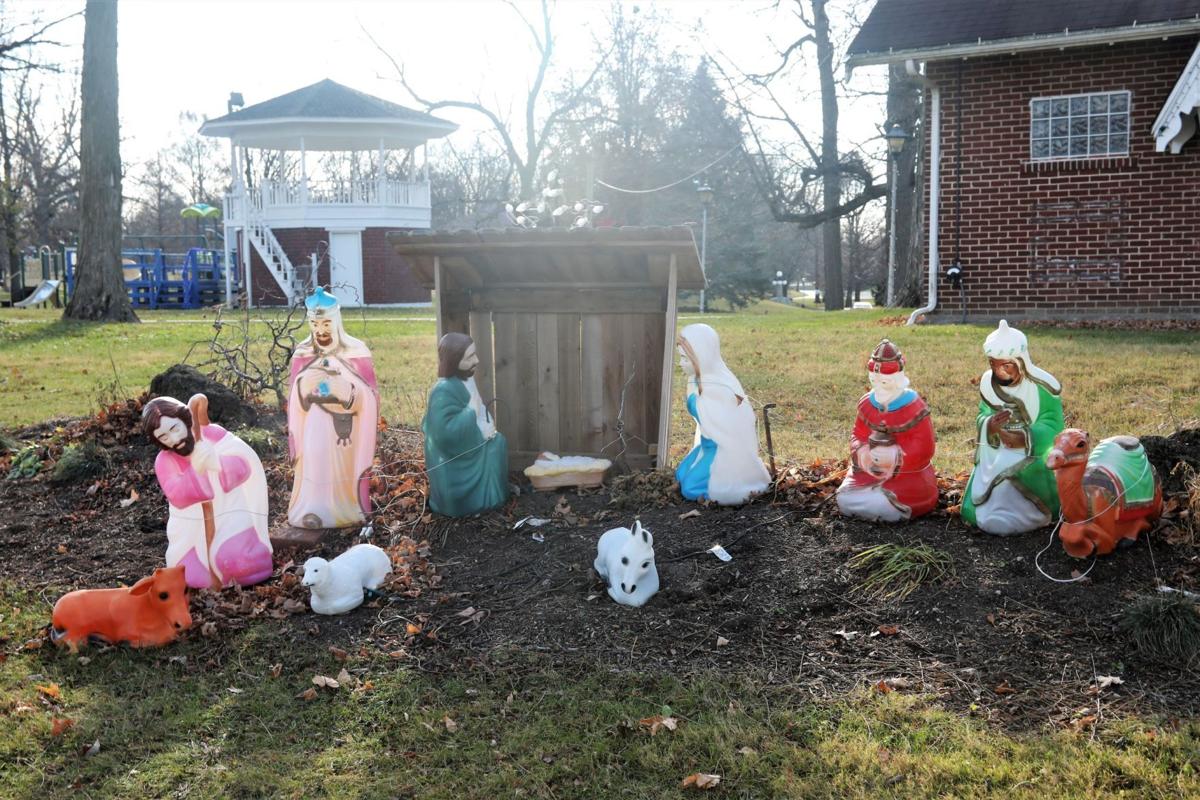 A nativity display sits along the route for the Holiday Festival of Lights.

City of Frankfort Parks Department employees pose behind one of the many displays that have been set for this year’s Holiday Festival of Lights at TPA Park.

Santa’s House stands ready for the Holiday Festival of Lights at TPA Park.

Work on setting up so many details and so many more lights began back in early October.

A nativity display sits along the route for the Holiday Festival of Lights.

Continuing a tradition that dates back to 1992, the City of Frankfort Parks Department has spent the last few months preparing for the 28th annual Holiday Festival of Lights at TPA Park.

It is estimated that more than 100,000 vehicles have driven through the display of well over a million lights in each of the last couple seasons. As is the tradition, the display will be turned on Thanksgiving night and will remain lit from 5-11 p.m. each night until New Year’s Day.

Work on setting up the huge display of lights begins many weeks in advance of Thanksgiving night.

“We start at the beginning of October, preferably in September, and we are still in the process of putting things up, wrapping things up, putting cords out and stuff,” said Christie Martin, Parks Supervisor. “We should be ready for them on Thanksgiving.

“We haven’t purchased any new displays, but the placement of everything is going to be a little different than it has the last couple of years,” Martin added.

Parks Superintendent Bart Kraning said that donations are down this year, but the department was still able to prepare as large of a display as last year’s.

“One of the reasons that we couldn’t really add anything new this year is that we didn’t get as many donations as we have relied on in the past,” Kraning said. “This year has been so different. We had multiple thousands of dollars for the zoo last year. This year, we had $32.

Those who wish to donate to the Holiday Festival of Lights may call the City of Frankfort Parks Department at 659-3422.

“We don’t have any digital donations right now,” Kraning said. “Next year, that is the goal. People will be able to go online and digitally donate. This year, the only way to (donate) is in-person. You can always send something to the park at our address (1 Adrian Marks Drive, Frankfort IN 46041). Or you can call (Administrative Assistant) Kim (Black), and she can set up a time when we can accept a check, cash or however they want to do it.”

“There will be donation boxes set out (along the route through the display), so they will be able to donate just like they have in the past,” he added. “We are still going to have Santa out here. We do want to make it the same experience that they have had every year that they have done this.”

Due to the pandemic, the Parks Department had to manage without some of the volunteers they have used in the past. However, Frankfort United Neighborhoods has planned an event at the Holiday Festival of Lights after successfully planning a drive-through Trunk or Treat at TPA Park on Halloween.

“We have the F.U.N. group that has a really cool event where they have characters come out and do things,” Kraning said. “We are exited about that.”

Frankfort United Neighborhoods will have a “Meet the Characters” event from 6-9 p.m. Dec. 5 at TPA Park. According to F.U.N.’s description of the event, “several of your favorite Christmas characters will meet and greet you as you wait in line” to see the Holiday Festival of Lights. They will be hanging out “small good bags for all the children.”

After the success of the Spook Trails drive-through Trunk-or-Treat on Halloween, Kraning is expecting a lot of traffic coming through the park during a year when so many events have been canceled.

“Just for Halloween, they estimated that we had over 8,000 people here – just a drive-through on Halloween where we had cars out here with candy,” Kraning said. “So, I imagine, this is going to be very big.

“I think that is the biggest thing,” he added. “Everything has been canceled this year. So, it is going to give a little bit of normalcy to the city that I think we all need.”

Martin says this is her 11th or 12th year helping set up the Holiday Festival of Lights.

“There are about eight of us that work here at the park that set it up, and City Light and Power are a huge help,” Martin said. “I love doing it. Year to year, it is always like, ‘Oh my gosh. How does this go up?’ But we get it figured out.

“I like standing at the donation booth,” Martin added. “Usually, one of my daughters comes with me. Just seeing the kids – they are so excited just to go through and then there is the tunnel. The kids really love it, and it is fun to see how excited they are each time we go out there.”

Frankfort City Light and Power always plays a key role in helping set up many of the tunnels, arches and larger light displays.

“I want to give props to City Light and Power,” Kraning said. “They easily could have said they are on split shifts just like we are, and they still made time to come over and help. That is a huge, huge thing.”

“All the arches, they helped put up for us and some of the stuff across the road,” Martin said. “They take the spotlights and turn those off. They go down Kyger and Jackson Street with trees and wreaths for us. They do a lot of stuff uptown also, decorate some of the trees and things that we can’t get to.”

Both Kraning and Martin said that they are excited about seeing this year’s Holiday Festival of Lights on full display come Thanksgiving.

“I am really looking forward to it,” Kraning said. “We pop through every night and leave different lights on, just to see if they are working out. I am extremely excited because there is going to be so much more than we have lit up right now, and it already looks cool. We don’t have any of the tunnels lit up or anything of the big things. But, all of the smaller, filler things are lit up already, and they are looking really good.”

“I want to say thank you to everybody who works here at the Parks Department in pulling through and getting this stuff up,” Martin said. “I am sure they will all be proud of their work.”

Before his first year as Parks Superintendent during the Holiday Festival of Lights, Kraning said a member of his family informed him of the display’s reputation in the region.

“When I told my grandma that I had started here, she said, ‘Oh. I have been going to that Christmas lights show for years and years and years. That is the best around.’ And she lives a couple hours away,” Kraning said.