Skip to main content
You are the owner of this article.
Edit Article Add New Article
You have permission to edit this article.
Edit
Home
News
Sports
Opinion
Obituaries
Multimedia
Classifieds
Jobs
Archives
e-Edition
Contact Us
Share This
1 of 3 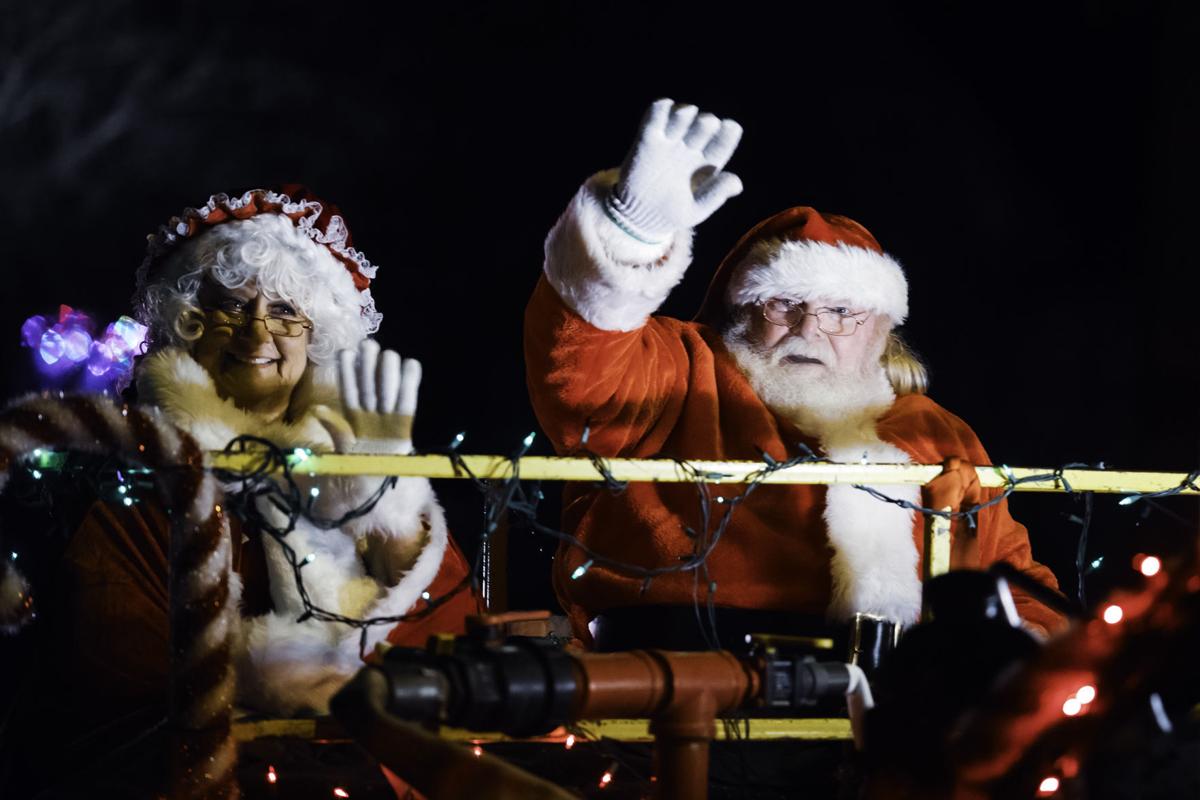 Mrs. and Mr. Claus wave to the many families that came out to see the Kirklin Fire Department drive him around town. 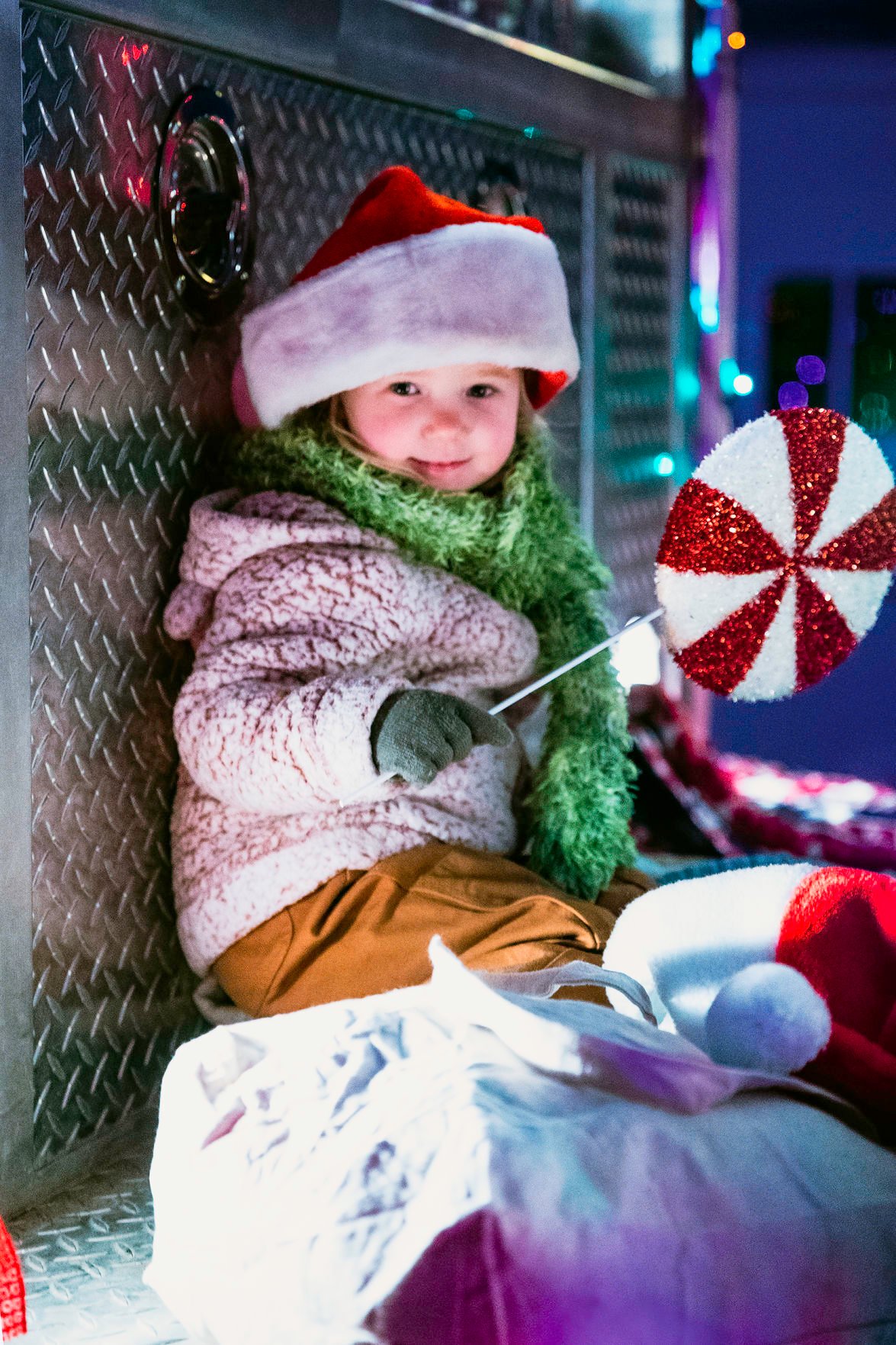 A young girl is excited to ride along with Santa’s escort in Kirklin. 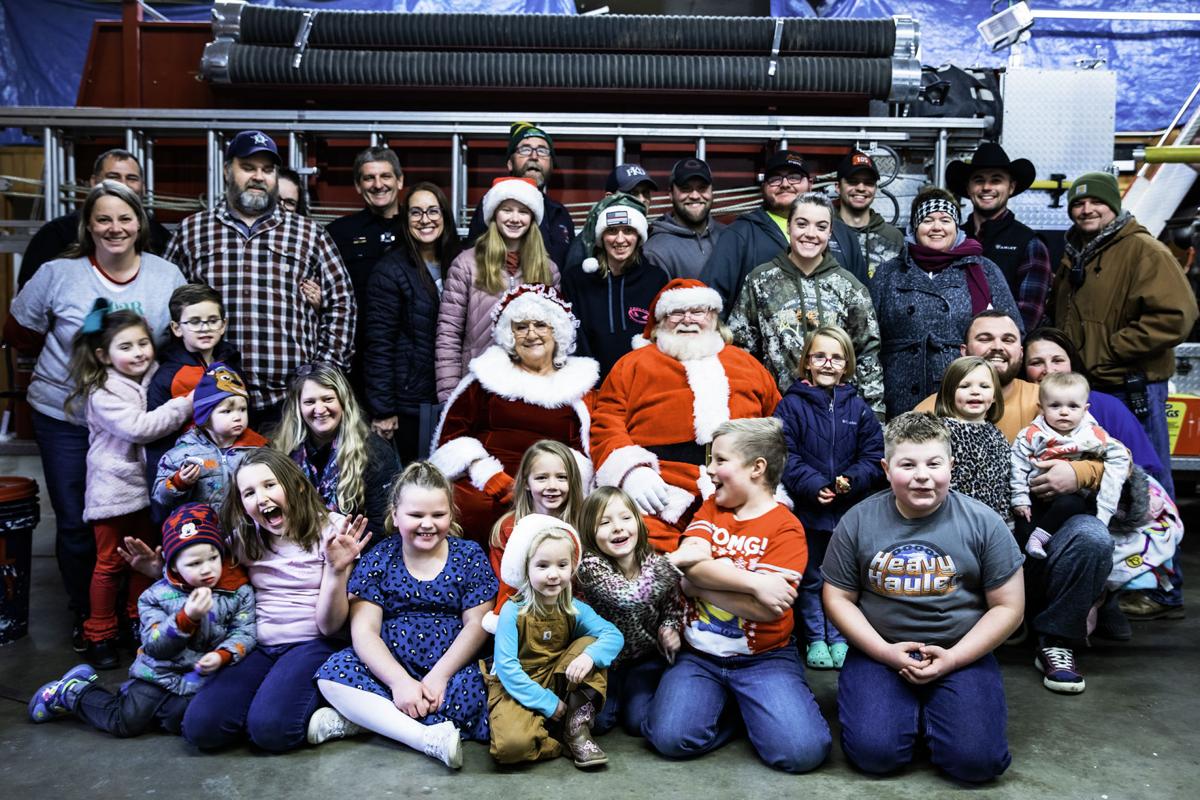 Firefighters and their families pose for a photo with Mr. and Mrs. Claus Saturday night in Kirklin.

Mrs. and Mr. Claus wave to the many families that came out to see the Kirklin Fire Department drive him around town.

A young girl is excited to ride along with Santa’s escort in Kirklin.

Firefighters and their families pose for a photo with Mr. and Mrs. Claus Saturday night in Kirklin.

Kirklin residents were paid a visit by Mr. and Mrs. Claus, who rode with a Kirklin Fire Department, EMS and police escort on Saturday in a tradition that goes back nearly a decade.

“We had a good turnout,” said Pamela Clements, the wife of Kirklin Fire Department Assistant Fire Chief Mark Clements. “I think this is our ninth year for Santa’s ride through Kirklin.”

Each year that the KFD escorts Santa and Mrs. Claus through Kirklin to wave at the children and families, the department and their families first spend the hours leading up to the drive decorating and making chili to eat before they depart into the chilly night.

“We had family stop by the department to check in,” Clements said. “It is a good time. It takes a little while to get it all ready. We start decorating at about 2:30 p.m. It takes two or three hours to get it going. We have chili, camaraderie time, and the firefighters get to have some fun together. Plus, we figure out who is going to ride on what. We decorate but a couple people make chili in the kitchen. We try to eat before we leave, and we stick around afterward and take it down and store it away.”

With a limited number of fire trucks at their disposal, the Kirklin Fire Department has to be prepared to jump into action if needed – even while escorting Santa and Mrs. Claus through town.

Luckily for Santa and Mrs. Claus, the KFD’s need to answer a call hasn’t happened yet during their ride through Kirklin. Mr. and Mrs. Claus rode in the grass rig among an escort that included a fire engine, a tanker and an ambulance, as well as two vehicles from the Kirklin Police Department.

“We drive across (US Highway) 421 numerous times,” Clements said. “We still have our lights and sirens on, but they are protecting us as well.”

Clements said that Santa’s convoy was greeted by a good crowd Saturday.

“They come out in groves when they come out to watch and wave at Santa,” she said. “It is fun to see all of their faces. People pull over on 421 to watch. This year, Kirklin did a decorating contest with their businesses. We were able to see a lot more decorations, so it made it nice for us to enjoy too.”

From approximately 6-8:15 p.m., the Santa ride covered the entire town of Kirklin.

“When people start asking when Santa is going to come, it becomes a family tradition for some,” Clements said. “I have had people tell me they change their parties to that night so that they can incorporate it.

“It is good PR for the fire department,” she added. “People are great about coming to our fish fries, and they support our fire department very well. This is a little, simple way of giving back to them. It is fun to see the kids’ faces when Santa rolls through.”

Clements said there were approximately 15 firefighters and EMS personnel involved in Saturday’s ride through Kirklin.

“They bring their families, and we made it an event,” she said. “I had seven kids up on top of the fire truck that I was riding on. It was pretty chilly when we took off. Seeing all of the businesses and everything decorated made it extra special coming through town. Community is a big part of it.”

“Big time,” she said. “This is one of the first things they put on the calendar. It is really nice for the young firefighters who are coming on. It is a time for them to see the Chief and Assistant Chief in a different light. It is not about getting on the scene and taking care of a fire. We all wear Santa hats or have elf hats on. This is a fun thing to do.”

“There are always things we have to buy that maybe the budget doesn’t allow,” Clements said. “Come to the Fish Fry in June – anything they can do to support the volunteers. It is hard to be a volunteer anymore. Ninety percent of them work fulltime and try to be a firefighter or EMT on the side.”

The Kirklin Fire Department can be found on Facebook, @kirklinfire.