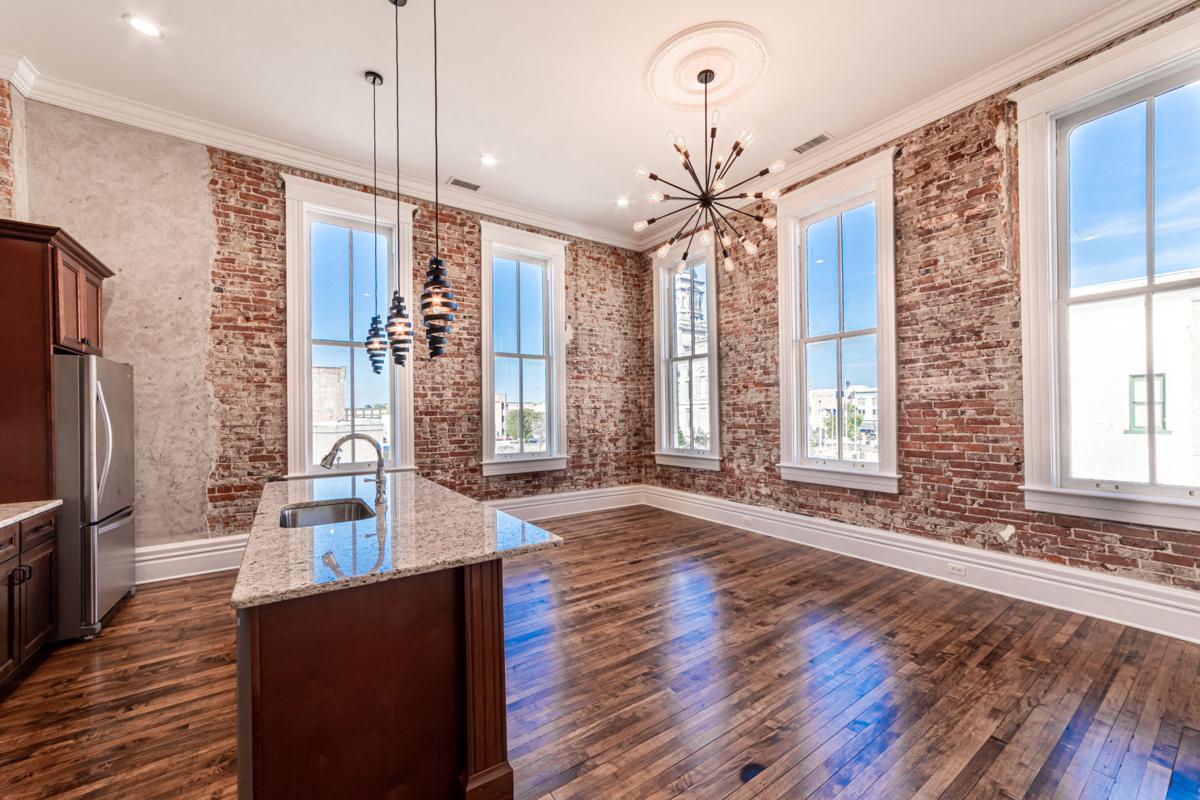 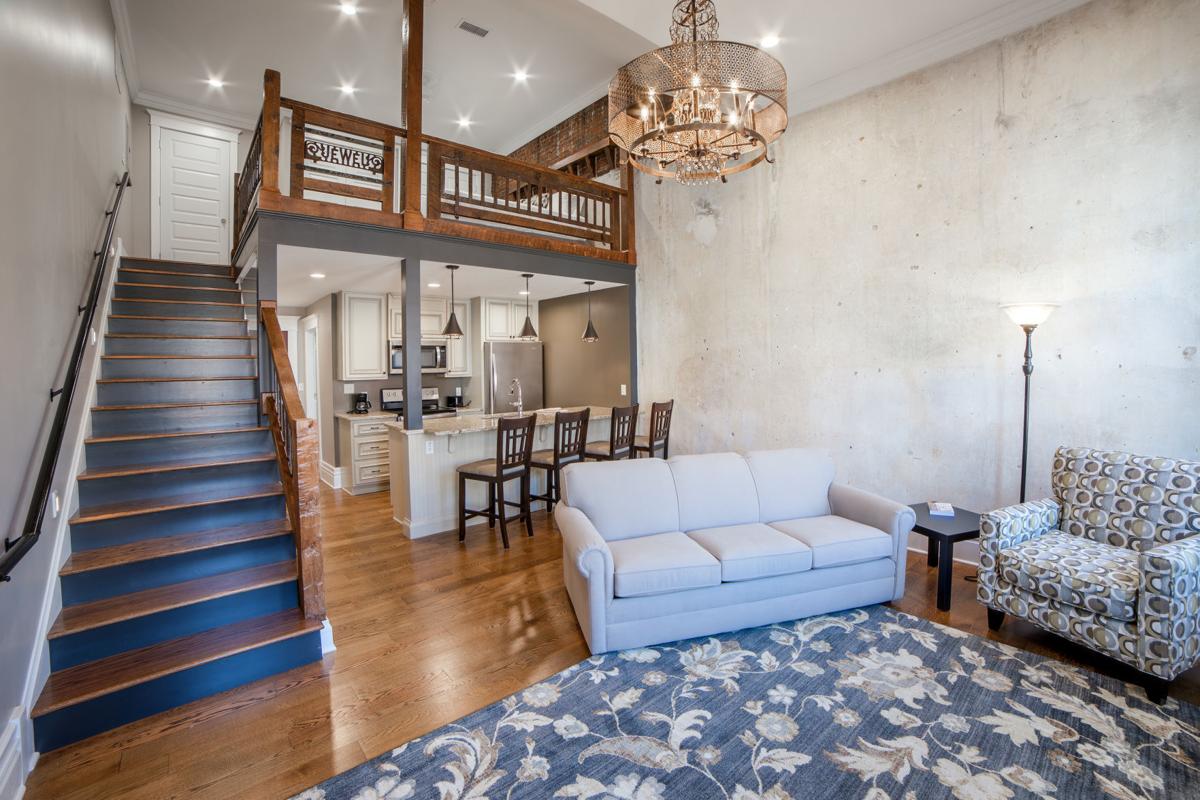 This apartment at 2 N. Main features a loft. 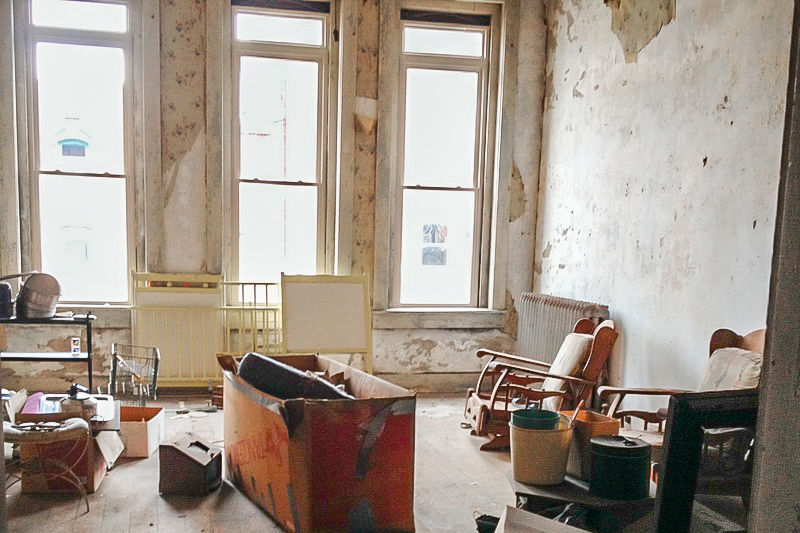 BEFORE: Apartment No. 7 at 2 N. Main is seen here prior to renovation. 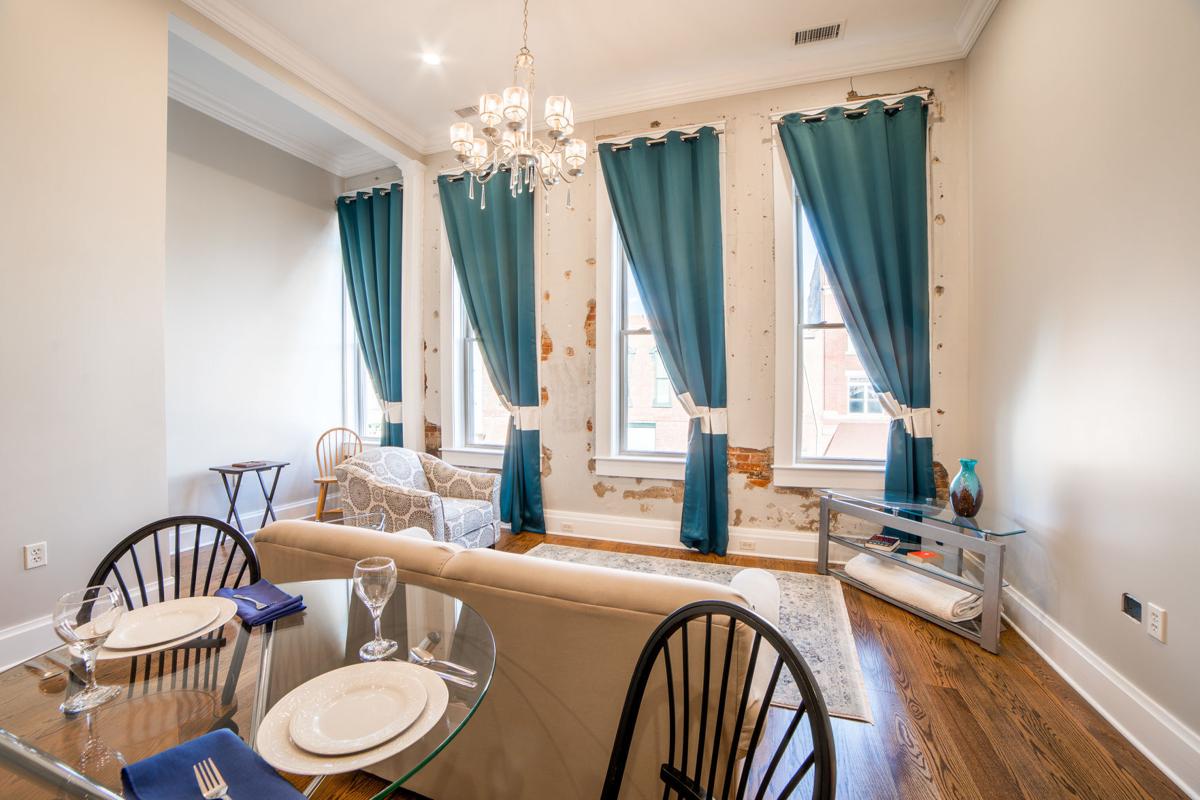 AFTER: Apartment No. 7 at 2 N. Main will soon be ready to rent or lease.

This apartment at 2 N. Main features a loft.

BEFORE: Apartment No. 7 at 2 N. Main is seen here prior to renovation.

AFTER: Apartment No. 7 at 2 N. Main will soon be ready to rent or lease.

Two years after work began, the upstairs apartments at 2 N. Main St. in downtown Frankfort are complete, and building owner Jill Snyder could not be more pleased with the results.

“When I first bought the building, I knew what I wanted to do,” Snyder said. “When I came up here and saw the original woodwork that was still here, I wanted to buy it. My plan was always to put in short-term executive housing because that is something we didn’t have, and I thought there would be a need for it.”

Snyder owns several buildings in Frankfort’s downtown, including the 51 West Event Center, which she said delayed her plans with the apartments a bit.

“I kind of got sidetracked with other projects,” she said with a laugh. “So, I didn’t get this one done right away.

“We had to do a new roof, we had to do new windows, we had it tuckpointed, and we had to stabilize the outside part of the structure. So, but the time I got all of that done, then I was involved with the project at 51 West.”

But now the seven apartments at 2 N. Main are ready.

“I think by next week, if not sooner, we will be ready to start renting them for weekends, overnights and stuff like that,” Snyder said. “Also, we will be ready to start renting them long-term, short-term or mid-term. If somebody wants to lease for three, six, 12 months, they are available for that, and they will be available for Airbnb also. The Airbnb ones will be furnished, and I am pretty sure that the rest will be furnished too. That is my plan. It’s a question of whether the furniture stores can get furniture in fast enough for us.”

Snyder said that it is very satisfying to see the project reach its conclusion.

“I love the way it turned out,” she said. “It is every bit of the vision that I had, if not more. We retained all of the details of the historic building, but yet it is very up-to-date and contemporary at the same time.

“I really love historic buildings, and I hate seeing them torn down, which is what seems to happen anymore. Or people will change it so much that it doesn’t look anything like what it did originally. I see a lot of windows that get replaced with very contemporary (windows), they downsize them, and then they drop the ceiling down to an 8-foot ceiling. I just think that old buildings have a lot of character. I did this because I walked into this building, walked upstairs, turned that corner and saw that original trim. I saw the condition the building was in and thought ‘I’ve got to do something’ because – at the time especially – we had too many non-Frankfort owners for buildings – out of town, out of state, out of the country. People were not taking care of the buildings at all. I mean, this one was almost wiped out by fire.”

“I was here for all of the day-to-day stuff and helped with the decision making. We removed old lumber, saving it and keeping it back so that we could reuse and recycle. Our old trim, we have some oak paneling in Apartment No. 1 that we saved and was able to reuse. All of the wainscoting in the building is all original in the main hallway.”

“Even our flooring, it is all original maple flooring,” Frush said. “We had to pull a lot of it up, scrape it all, all the tongues and grooves, scraped it all and re-laid it all back down and had it all refinished. There were a couple apartments that we did not touch the floor at all in except for refinishing.”

Synder said that a main reason that the project took so long was because they kept a very small crew.

“We want it done to a higher standard,” she said. “We wanted something that was really high-quality.”

Frush was equally satisfied with the end results of the project.

“It is always gratifying, and it is wonderful to see your vision and plans come together,” he said.

Snyder gave those in attendance at last month’s Industry Leaders Luncheon – which she hosted at 51 West – a tour of the recently finished apartments.

“It is a real boon for Frankfort to have this available because we do have people who come in, and they are looking for something like this,” she said. “Just like when the (Nickel Plate) flats came up. People thought that it wouldn’t be filled, but it is because there are people who come in from out of town, and they want to find a nice place. They are looking for a place, but they haven’t found it yet. They are moving from a house to another house, and they need some place temporarily, and there are not a lot of options available.

“I think there is a move toward people wanting to live downtown. I thought that a long time ago,” Snyder added. “I am just a little slower getting things done because it is just me and Joe, and then we round up a couple other people to help us. So, I don’t have the big conglomerate to do things.”

Snyder and Frosh are proud to be a part of the recent trend of revitalizing Frankfort’s downtown.

“It is really excited to see what has happened to the downtown over the past eight years,”Snyder said. “I think things have really made a change for the better, and I challenge the naysayers in town to get out and actually see what is out there now instead of complaining about the town.”

Those interested in renting one of the apartments, whether as an Airbnb or longer term, may contact Snyder by calling 357-6272 or sending an email to jill.snyder@live.com.