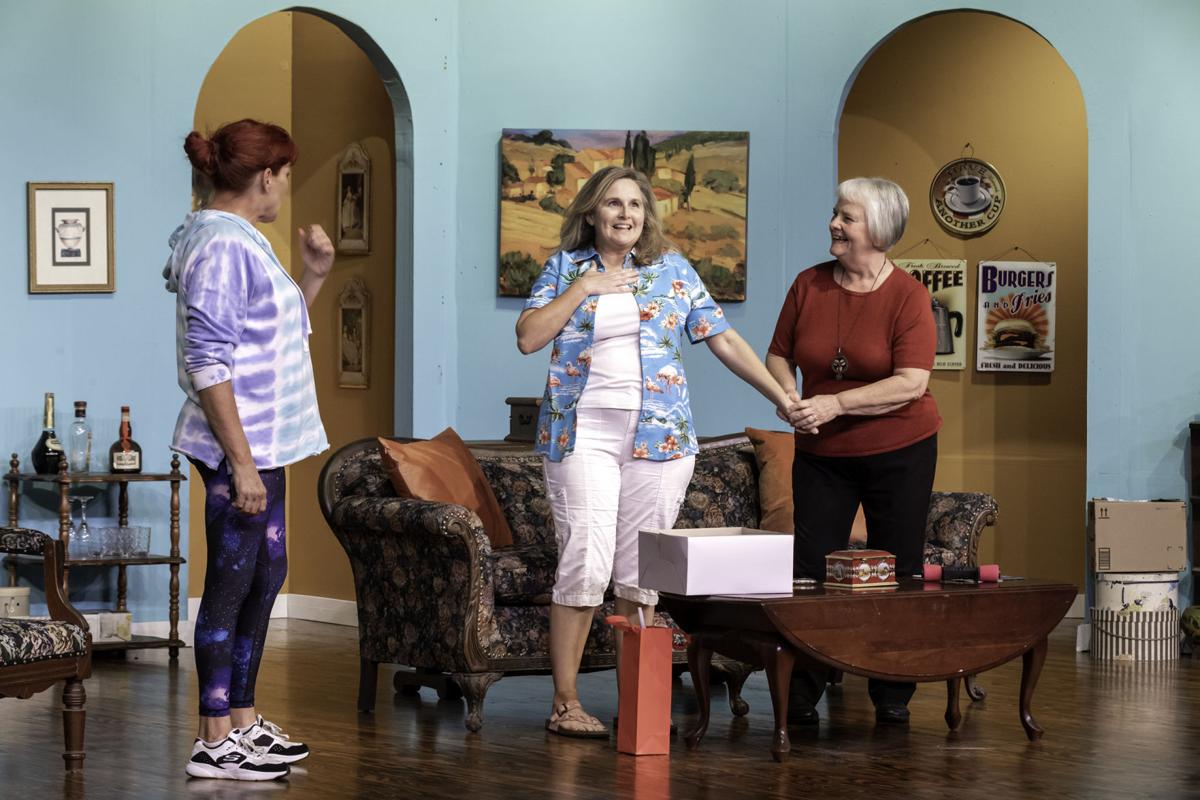 From left, Kelli Conkin, Pam Adams and Janeen Burrows are the Wild women in this week’s performances of “The Wild Women of Winedale.” 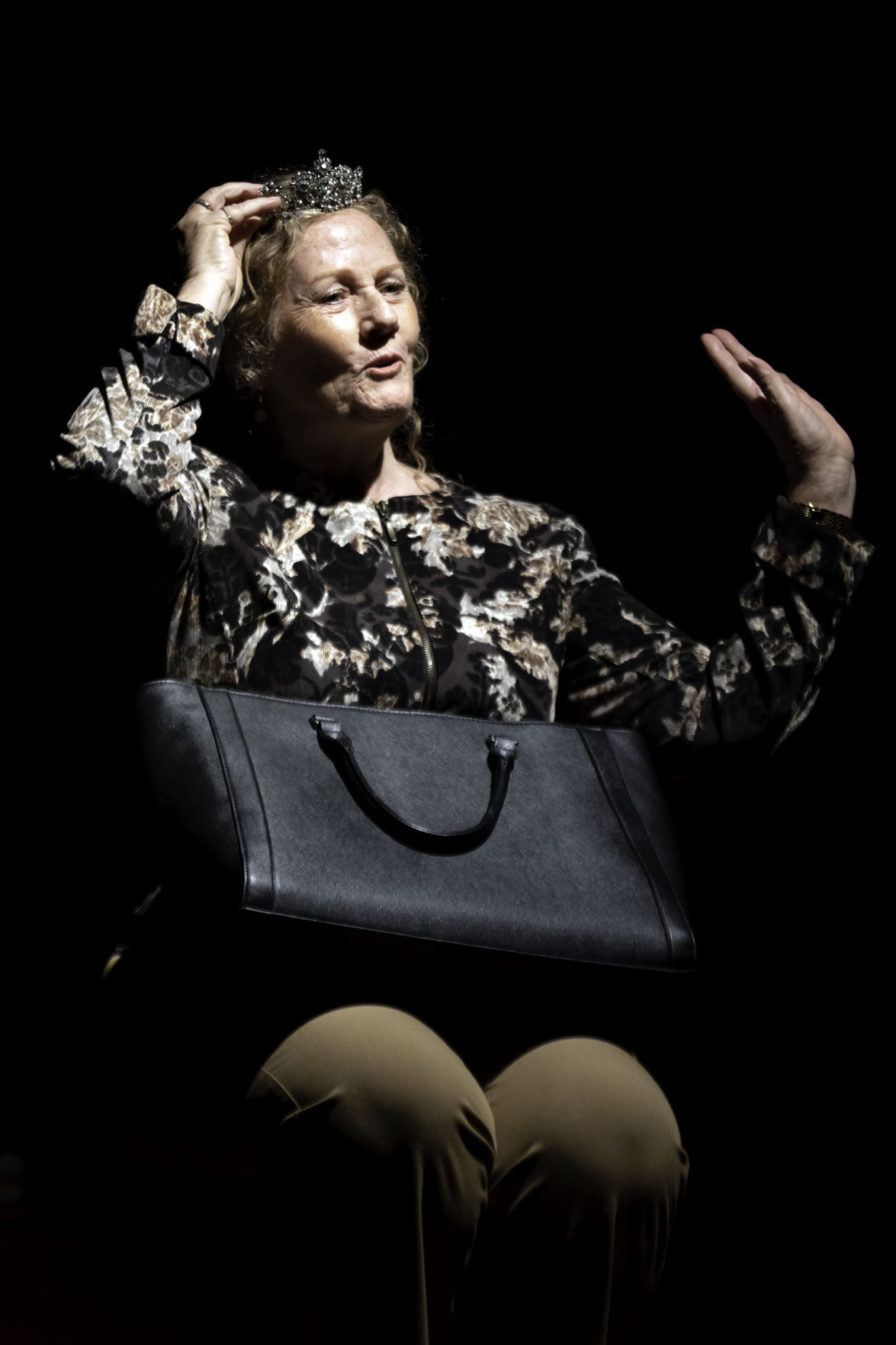 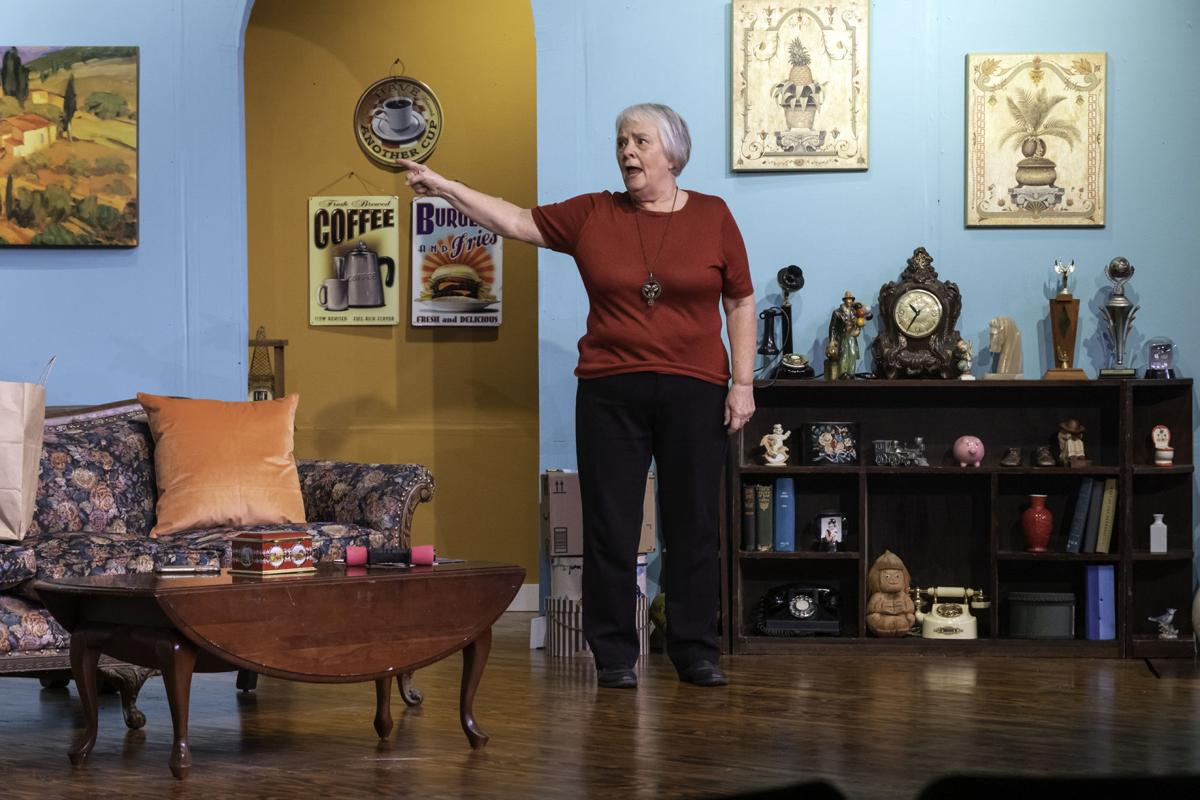 From left, Kelli Conkin, Pam Adams and Janeen Burrows are the Wild women in this week’s performances of “The Wild Women of Winedale.”

Clinton County Civic Theatre will have its first Opening Night since February of 2020 when they draw the curtains back for “The Wild Women of Winedale” at 7 p.m. Thursday in the Elizabeth O’Rear Skanta Theatre on the second floor of the Frankfort Community Public Library.

“We are thrilled to be back on stage,” director Stacey Martin said. “Obviously, we have a lot of things that we have to consider still with the COVID. But we are just thrilled that we are able to have another show to put on.”

Martin says the CCCT has had a “good time” preparing for its first production in over a year-and-a-half.

“We have a good cast. We haven’t had to many bumps in the road – a few but nothing we can’t overcome. We are ready to go,” she said. “We were all just thrilled to be back. It would have been even better if things haven’t ramped back up with COVID again, so we could have been a little more relaxed. But we are working through it.

“There are a few things,” Martin continued. “We can’t have our intermission food for the audience like we normally do. We will have bottles of water out there for them to take but no cookies and things like that. The audience will be asked to wear masks during the show. The cast onstage will not have masks on, and that is why we are trying to keep the two separated. We are not allowing anybody extra to come (backstage).”

While Martin directs the production of “The Wild Women of Winedale,” Jan McGill works as the assistant director or stage manager.

“A lot of work has gone into this,” McGill said. “A lot of people have put in a lot of hours, and we are really happy that it is coming together. It is great to be back.”

“It is an all-women cast,” Martin said. “We have nine women in the cast. There are three main characters that you will see on and off the whole show. Then there are six other ladies that just have short monologues at the beginning of different scenes, and it is all about women empowerment – what in your life happened that changed the direction of your life. It is all about women and what has changed their lives and how they cope with changes. So, we have everything from a mother of twins to a lawyer. It is a gamut of what has happened in their lives. And then the three main ladies, it is just their struggles with growing older and taking care of the family nick-nacks and things like that and what you do with them.

“We have two new ladies,” Martin added. “Kelli Conkin is from the Noblesville area, so she is new to our group this time. Linda Mackey is from Delphi, and she is new to our group. We post on Facebook on some of the different Indiana theatre sites. So, if somebody sees a show that they are interested in, a lot of times they try to come and audition.”

“They are working well together,” she said. “It is the three main girls that have to work off of each other. Everybody else is pretty much in their own monologue. We do have Vicki Moyer and Chris Lesley who are playing sisters in one of the monologues, so they will be together, but all the other ones are all my themselves. They are kind of on their own. If they mess up, they have to get themselves out of it.”

The play’s synopsis reads as follows: “This joyful and exuberant, yet ultimately touching, comedy focuses on three women at crossroads in their lives – the Wild sisters of Winedale, Virginia – Fanny and Willa and their frustratingly quirky sister-in-law, Johnnie Faye. This feisty and fun-loving trio has supported and cheered one another through life’s highs and lows through the years, including the early demise of two of their husbands. And they really need each other now, as Fanny experiences a hilariously inappropriate reaction to her 60th birthday, while Willa is so stressed out from her nursing job, she resorts to vodka and speed-knitting to cope, and Johnnie Faye, determined to put her year of fraught widowhood behind her, desperately tries to find a man – preferably a man with a house, since hers is somewhere at the bottom of a Florida sinkhole. These women’s lives are further upended by the responsibility of caring for their free-spirited, ailing aunt and the realization that they are drowning under loads of family keepsakes and possessions nobody wants – especially them! With equal doses of hilarity and heart, these extraordinary women come up with delightful and surprisingly unorthodox ways to clear the clutter from their lives, their homes and their relationships so they can move their lives forward. Together they prove it’s never too late to take another one of life’s paths for a grand new adventure. This Jones Hope Wooten comedy is guaranteed to drive you wild with laughter – and motivate you to keep hounding the kids to please take that stack of quilts and Granny’s Christmas China!”

Martin says there have been some upgrades to the theatre since the last time it hosted a performance.

“We do have new carpeting the in the theater area, plus we have a loop hearing aid system now,” she said. “So, somebody who already has hearing aides will not have to get another headpiece to put on. It is all looped in, and they can hear it through their own hearing aids. Our stage floor has been redone, so it is nice and shiny and looks new. We have a new lighting system, so yeah, there are some updates.”

Tickets are available for the Thursday, Friday, Saturday and Sunday shows at the box office or by going to ccctonline.org. Following the library’s mandate, masks will be required at all performances, though an exemption was made for the actors while on stage.

“That is something new for us this year,” Martin said. “They can go online and reserve their seats. We do have reserve seats, so it is not just general seating. You can go in and pick the seat that you want, and you know that is where you are going to be sitting. I think it has been received well. But you can still get tickets the old-fashioned way. You can still call. You can walk in and get a ticket. We know that not all of our audience members are computer-savvy.

“People are ready to get out, and they have already been doing that through the summer,” Martin continued. “People are ready to go out and enjoy things. Obviously, here at Clinton County Civic Theatre, we always do comedies or what we might call a dramady, where it is a little bit of drama but a lot of comedy, too. This is a good, old-fashioned comedy. Be ready to laugh. Be ready to relate to your own family’s circumstances. Come out, have a nice, relaxing evening and enjoy the show.”