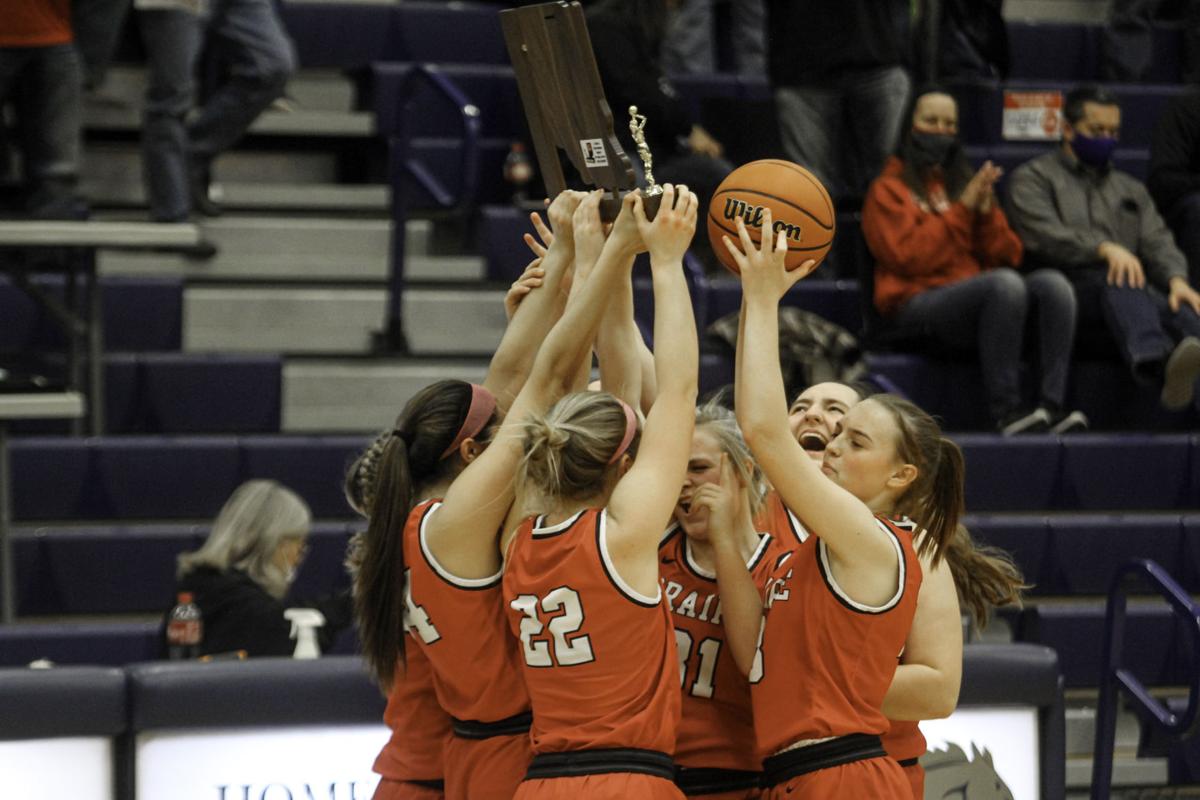 Members of the Clinton Prairie girls basketball team hoist their trophy in celebration of the Gophers’ first sectional title in 16 years. 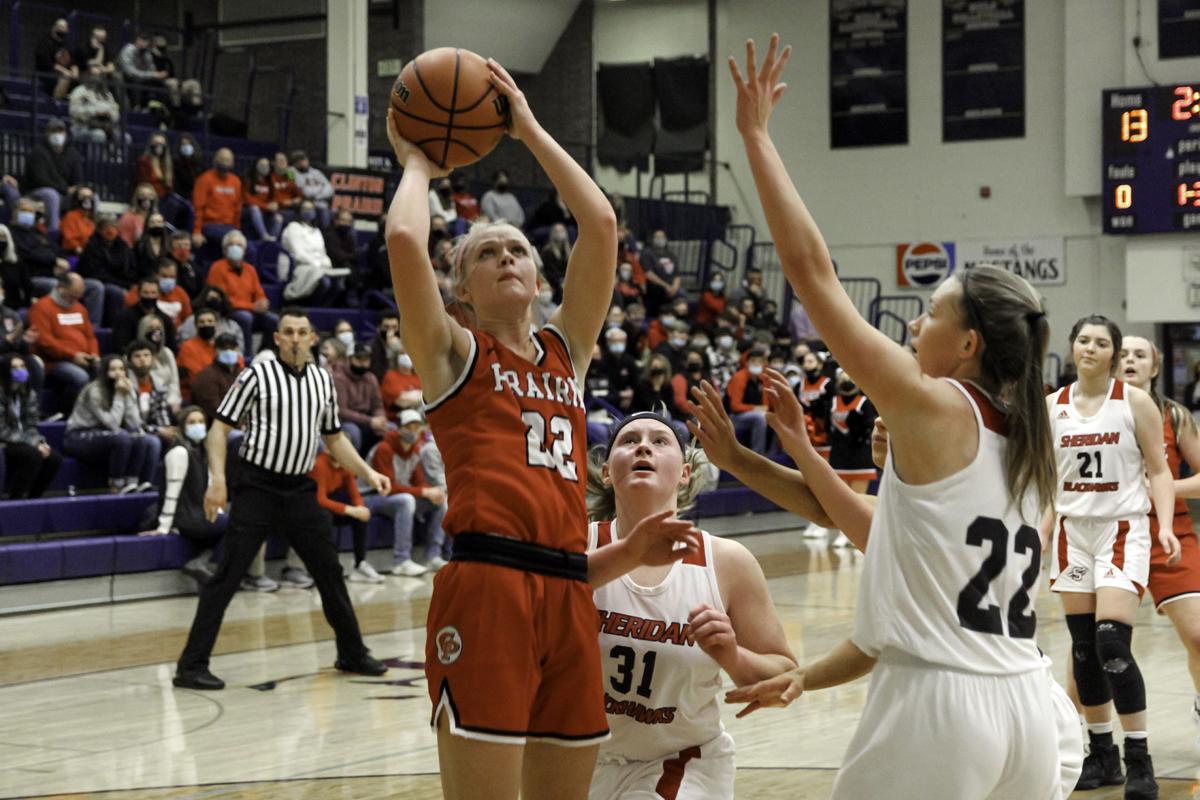 Kylee Maish led the Gophers in scoring with 22 points in the sectional championship game.

Members of the Clinton Prairie girls basketball team hoist their trophy in celebration of the Gophers’ first sectional title in 16 years.

Kylee Maish led the Gophers in scoring with 22 points in the sectional championship game.

Just 32 minutes stood in the way of Clinton Prairie girls basketball program’s first sectional title in 16 years, and the Gophers stifled the Sheridan Blackhawks through every minute of it, ending the game with championship hardware and a 48-34 final.

After the game, Clinton Prairie head coach and Gopher alum Amie Anthrop reflected on a title that was a long time coming for a program that has experienced plenty of highs and lows since they were last crowned sectional champs.

“The last sectional title was my sophomore year, playing for Ms. Garrett,” Anthrop said. “The whole reason I took this job three years ago was to continue Ms. Garrett’s legacy. It’s been a long 16 years since we’ve brought a title back… I’m so proud of these girls for buying into the process.”

Kylee Maish picked up where she left off on Friday evening, scoring the Gopher’s first two baskets of the game and compiling half of the team’s 16 first-quarter points as they went on to take a three-point lead going into the second.

Maish led the way with 22 points, continuing her key tourney play as she combined for 33 points and key buckets between the semifinals and the championship game.

“Kylee’s playing great, not even last night and tonight but you go to our final two games last week,” said Anthrop, “She’s playing very well, finishing very well. She’s so athletic that she gets a lot of mismatches on the inside. I’m really proud of the way she’s stepped up.”

Clinton Prairie’s full-court press gave the Blackhawks trouble all night long as the Gophers forced the opposition into 14 turnovers, allowing them to find success in transition on a night in which they didn’t convert on a single shot from behind the arc.

The Gopher’s defense held Sheridan from scoring for all but the final 35 seconds of the first half, something that Coach Anthrop credited to her team’s ability to put a precedent on the scouting report.

“It was a quick turnaround from our game last night to today but taking the time to know personnel, look at the scouting report and watch film. In a quick 24 hours, our girls did a really great job of getting ready for that next game,” she said.

The offense mustered just 10 points in the third, but Clinton Prairie continued to keep their foot on the defensive gas, limiting Sheridan to seven points in the quarter.

It was in the fourth that the Gopher’s found their footing, opening the final quarter of play with a 7-0 run compiled by buckets inside from Haley Padgett and Maish while continuing to give the Blackhawk’s fits in terms of setting up their offense.

Coach Anthrop and company had previous experience on what to expect from the Blackhawks, defeating Sheridan, 53-22, earlier in January while holding the opposition to 16% shooting and forcing 18 turnovers.

“That game, they showed a 3-2 in the second half,” said Anthrop, “From that point on, we really focused on doing a better job of handling pressure. I know it was only a couple of weeks ago, but we’ve come along way in being able to attack a zone, handling traps, and making passes out of it.”

After the 14-point win, the Gophers will turn their focus to Rochester, a foe that averages nearly 50 points on offense and boasts a 12-8 record after defeating Manchester to win their second sectional title in a row.

The first round of regional play will take place at Frankton on Saturday.