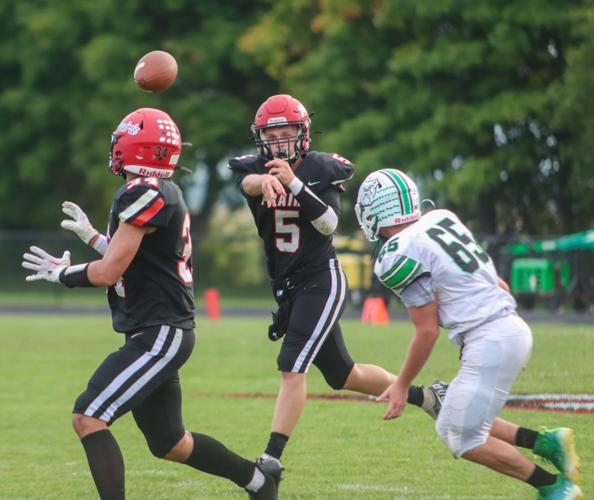 Steven Dunford finds Jaycob Davis in the first half. 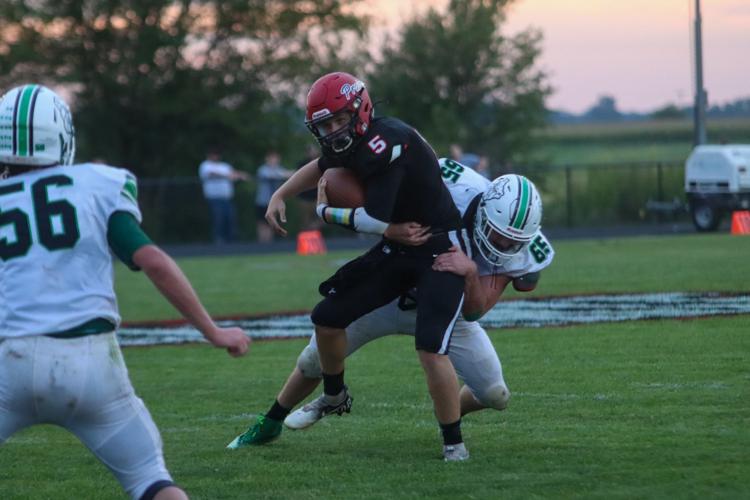 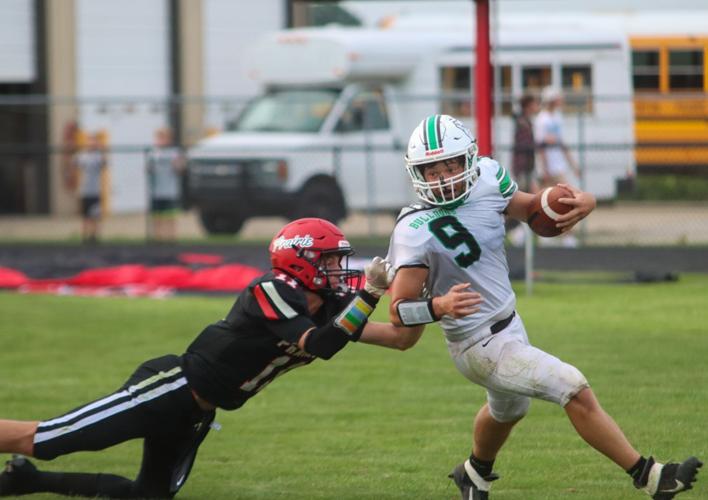 Steven Dunford finds Jaycob Davis in the first half.

With a new head coach at the helm, a retooled roster and a running back playing for more than just his love of the game, Clinton Prairie is taking their new winning formula one day at a time.

For their week three foe and county rival, Clinton Central, it was a day to forget as the Gophers blanked the Bulldogs, 34-0.

Head coach of the Gophers, Kurt Schlicher took over this past spring after three previous seasons as the head coach of the Crawfordsville Athenians and is off to his best career start with Clinton Prairie (3-0).

As for what stands out most about these Gophers compared to teams in the past, it’s all about the depth.

Those skill position players came up big against the Bulldogs on Friday when a 17-yard rush by Jaycob Wilson put the Gophers in the red zone, setting up a seven yard carry to the endzone by Cayden Davis.

Wilson, who is coming off of a 231-yard and 4 TD week two performance against Frankfort, believes that the Gophers’ mentality is the main catalyst to their early season success.

“I think that we just really changed our mindset in how we come into the games. … We just want it more than the other team across from us,” he said.

However, for Wilson personally, it is an off the field loss that pushes him most.

“The real secret is from my mother. She passed away three years ago and I just dedicate every single game, every single practice, what I do in life for her. When I come to games, it’s just always work hard for her, work hard for my family.

Wilson led the team against the Bulldogs with 55 yards and one TD while Seth Whitlock pitched in with 50 yards on the ground and two scores.

Clinton Prairie put distance between themselves and Central going into halftime after a 21-yard run by Stephen Dunford set up a Gopher score for Seth Whitlock.

The Gophers’ ground attack rushed for 181 yards against Clinton Central, moving their season average to 283 a game.

On the opposing sideline, Tracy Rosa wasn’t satisfied with the final score but is pleased with the direction in which his Clinton Central team is trending.

“There were a lot of positives. The score was not indicative of the way the game was played. It was an even first half, if we don’t fumble on the two, it could be a 6-6 game at halftime.. … We made a priority this past week to fix our missed tackles. We went from almost 40 missed tackles in the Sheridan game to six. That was a big improvement,” Rosa said.

Hayden Pratt led the Bulldogs with 110 yards receiving while Daiden Taulbee, Leo Deloen and Creed Mennen all rushed for over 55 yards each.

Coming off of a ’21 season in which Clinton Prairie fell in the sectional championship to Carroll, the Gophers graduated eight seniors including quarterback Drew Blacker.

But wide receiver Cayden Davis believes that these new Gophers are not to be overlooked.

“We feel like an underdog but we have so many juniors and seniors that always have my back. I have their back and I feel really confident about this season,” he said.

While Clinton Prairie may have the formula for success moving forward this season, Wilson and the Gophers are taking it day by day.

Clinton Prairie will look to add to their unblemished record with a contest on the road at Tri-Central (1-2) on Friday while Clinton Central will look to nab their first win of the season against Frontier (1-2).