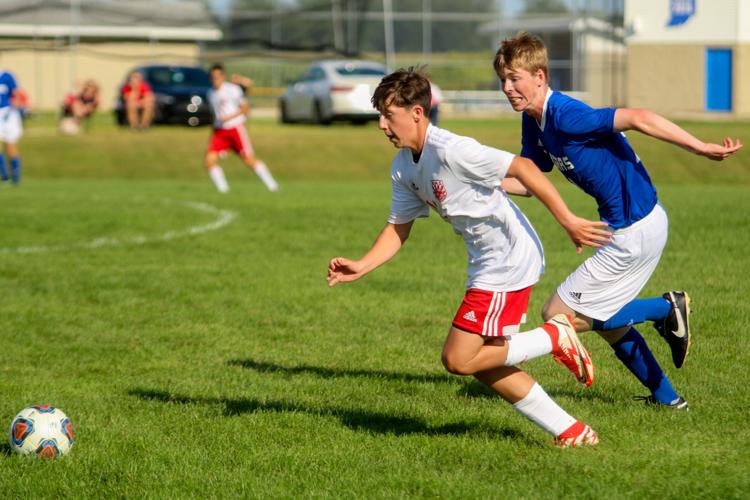 Ben Gochenour sprints to the ball. 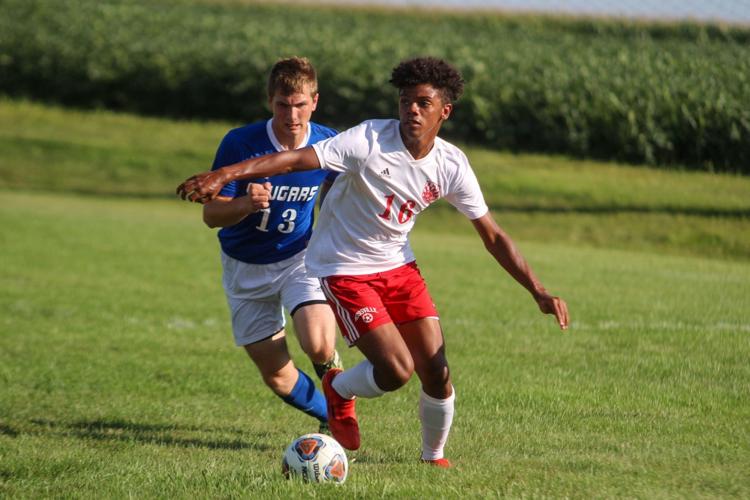 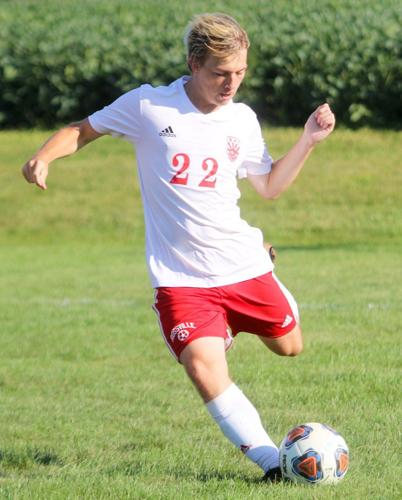 Quynten Saylor winds up for a kick.

Ben Gochenour sprints to the ball.

Quynten Saylor winds up for a kick.

On the road and visiting the No. 7 Class 1A Carroll Cougars in a Hoosier Heartland Conference (HHC) game, Rossville’s varsity soccer team found out quickly what it was that made the opposition one of the top teams in the area as they were defeated 6-0.

Rossville currently sits at 1-3-1 with their loss to the Cougars as the only HHC contest yet played but for head coach Josh Wilson, the Hornets are still finding their way.

“They’re a seasoned team, they have several seniors that are prolific goal scorers so we knew it was going to be tough on their side,” Wilson said. “On our side, we’re still figuring out as far as where best to put people.”

“We’re growing, we’re doing well. Obviously, we didn’t get the chances we want up top but again, another chance at a good team.”

Two scores by Carroll in the opening 10 minutes of the game put Rossville in an early hole before the Cougars dug even deeper with a third goal at the 15 minute mark of the first half.

Defensively, Wilson feels like his team is taking the appropriate strides while complimenting his team’s resiliency as well.

“Against Faith, our defense was very well organized. So, I liked that aspect tonight, it was a little more physical and a different type of game. We’re seeing different things and we’re remaining mentally strong and battling the whole time and that’s the key that we’re not giving up and just quitting,” Wilson said.

Rossville traveled to Faith Christian before their matchup with Carroll in what made back to back opponents against top tier talent as the Faith Christian Eagles currently hold the No. 4 ranking in Class 1A as well.

Rossville’s lone win early on as came at the hands of Western Boone after Vincent Vanderwall and Gabe Freeman led the team with three goals each in their 8-2 victory.

“We moved the defense, our center back there Quinten Saylor to more of a sweeper role to kind of help out the newer guys on defense and stuff,” Wilson said. “Offensively, we’ve tried different guys at different positions, trying to really make the combination passes.

“As we continue to develop that ability to see each other and anticipate each other’s play, that’s just with time, I think we’re going to get better and better.”

Rossville hosts Tri-Central (4-1) on Tuesday before traveling to North Montgomery on Wednesday.