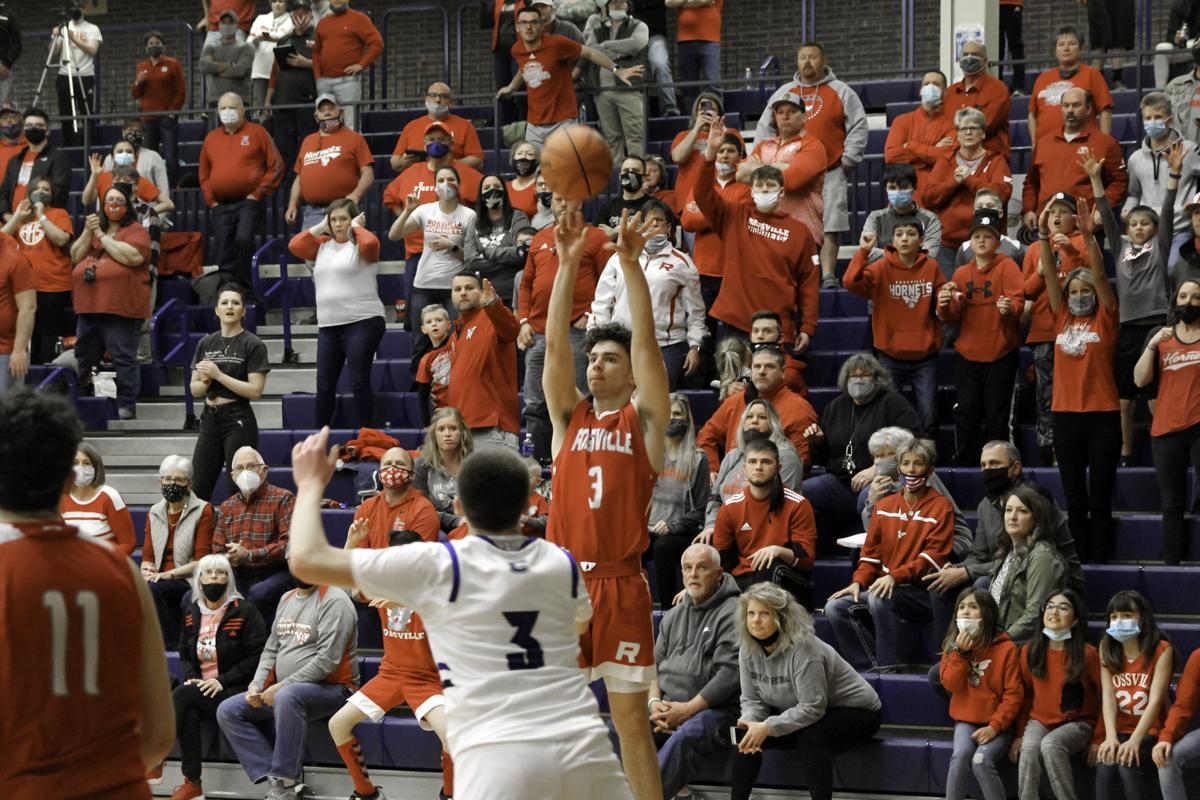 Hopeful Rossville fans watch as Kaleb Del Real shoots what would prove to be the game-winning 3-pointer Saturday night at Veedersburg. 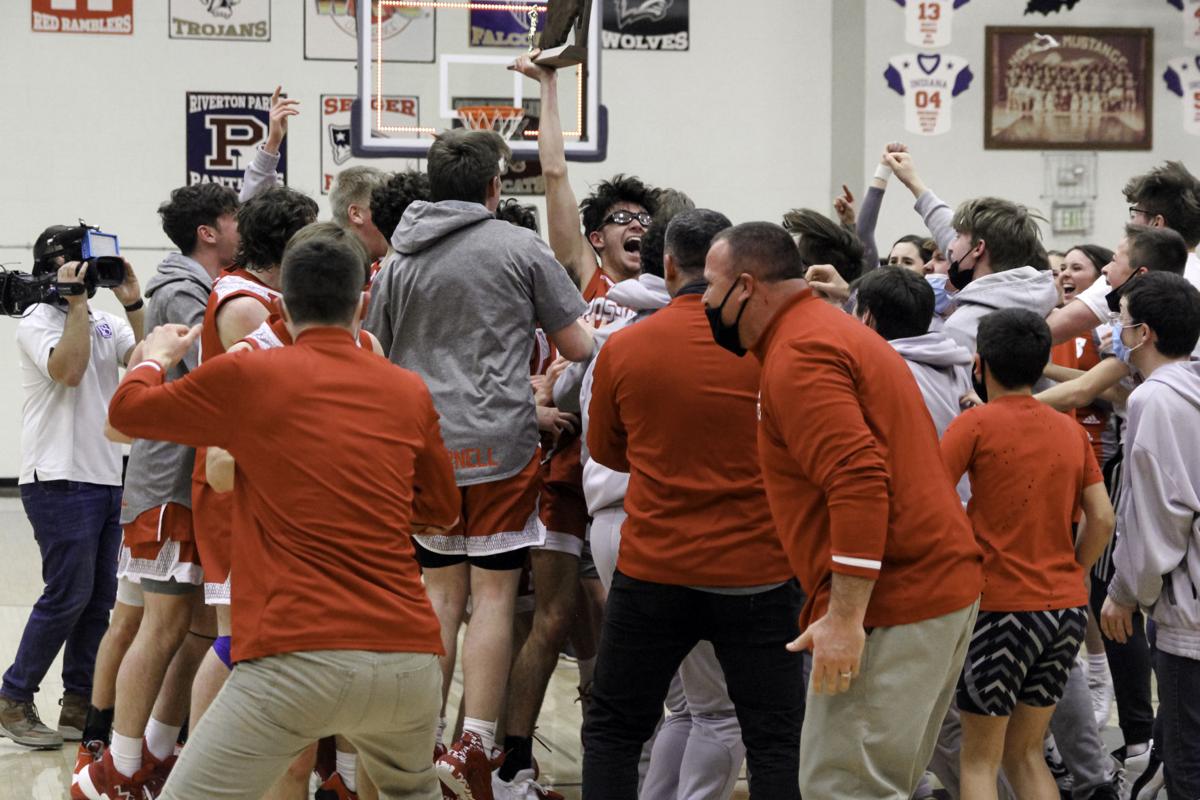 The Rossville Hornets celebrate moments after defeating the Carroll Cougars, 45-44, in the sectional championship game.

Hopeful Rossville fans watch as Kaleb Del Real shoots what would prove to be the game-winning 3-pointer Saturday night at Veedersburg.

The Rossville Hornets celebrate moments after defeating the Carroll Cougars, 45-44, in the sectional championship game.

VEEDERSBURG – Rossville’s boys basketball team played from behind for the vast majority of the sectional championship on Saturday until a clutch 3 from Kaleb Del Real sunk the Carroll Cougars, capturing the Hornets’ second sectional title in a row with a final of 45-44.

After the game, Rossville head coach Cory Dunn broke down what he told his team after they took a timeout down two with 6.5 seconds remaining on the game clock.

“We drew up a play to get something downhill,” Dunn said. “We didn’t have to have a 3, that’s what I told them. But Luke was able to get downhill. They helped really hard, and he made the right decision, kicked to a wide-open guy, and sometimes those go in, sometimes they don’t.”

Rossville began the game behind the eight ball, allowing Carroll to go on a 15-0 run while Reid Douglas attempted to keep his team in the game, hitting two first-quarter 3s.

Winners of back-to-back sectional championships, Rossville has accomplished the feat for the first time in six years when the Hornets won with coach Dave Mosson at the helm in the 2013-14 season followed by Coach Dunn’s first season with Rossville in 2014-15.

After being edged out by Carroll in the regular season with a three-point loss, Rossville has won when it counted most, ending the Cougar’s season for the second year in a row when they sent the opposition home last year with a 63-58 win in the first round of tourney play.

Damon Shaw and the Hornets clawed their way back into the game in the second quarter when they held the Cougars to two points. Shaw put Rossville on his back, scoring 9 of the team’s 12 points before halftime including a bucket from distance along with a basket in transition.

Shaw led the way for the Hornets with 24 points on nearly 50% shooting from the field.

“We’ve been tested a lot throughout the season. Last weekend, we had the opportunity to play Tipton on a back-to-back weekend and I feel like those two games last weekend gave us extra oomph going into this weekend,” he said.

After trailing by six going into the final eight minutes of regulation, Rossville continued to chip away at Carroll’s lead until Luke Meek went 2-2 from the free throw line and gave the Hornets their first lead since the first quarter.

Consecutive baskets by the Cougars tied the game up and with eight seconds remaining and then Carroll’s Jake Skinner finished in the paint, giving Carroll a two-point lead.

The Cougars didn’t hold the lead for long after Luke Meek advanced the ball with less than seven seconds remaining, drawing two defenders as he got two feet in the paint and found Kaleb Del Real in the corner for what turned out to be a buzzer-beating 3 for the championship.

“After missing those two free throws with less than five minutes to go, I felt like if I could get another shot, I had to hit it,” Del Real said. “I shot it with confidence, and thankfully it went in.”

Del Real went on to credit his teammates and coaches, touching on the preparation that they put in throughout the year as the foundation that led to their second sectional title in a row.

“The coaches and my teammates push me hard,” he said. “We work together and go hard during the week, so in times like these, in the clutch, we’re prepared.”

Rossville will play at Lapel High School in the first round of regional play against (18-1) Rochester High School on Saturday.