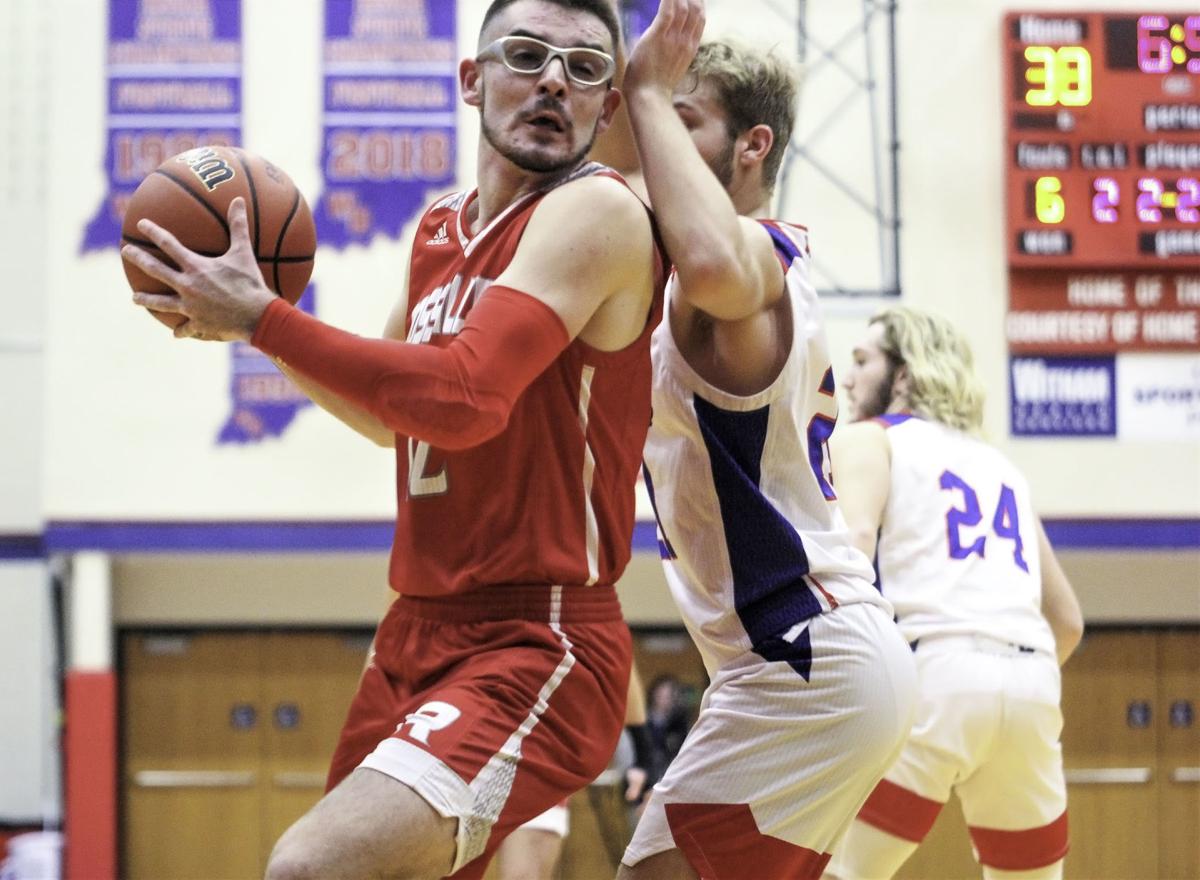 Rossville graduate Dirk Shaw was selected The Times Player of the Year on the 2020 All-County Boys Basketball Team. 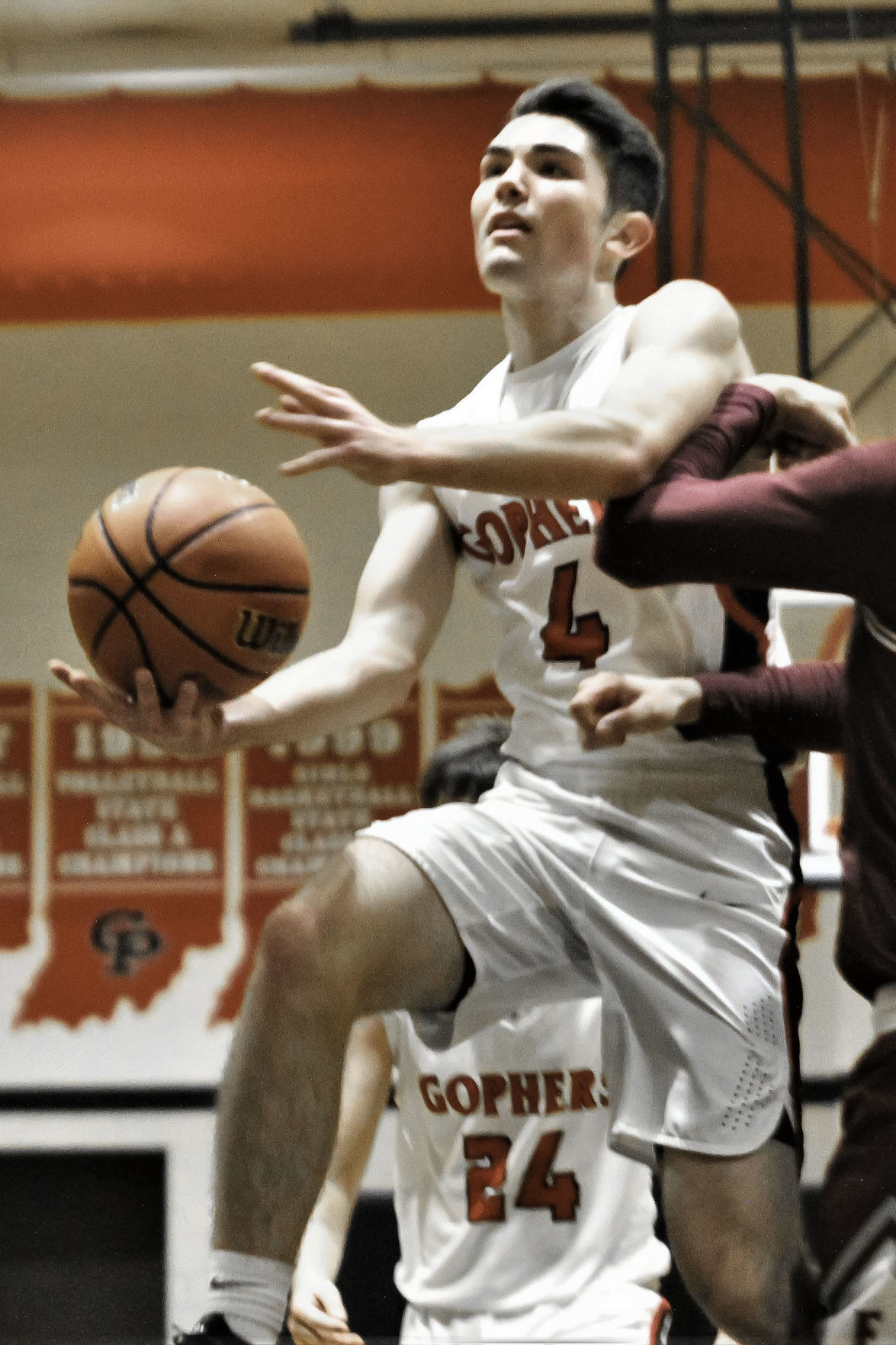 Clinton Prairie graduate Bailey Good was in a close vote for Player of the Year honors while earning a spot on the All-County First Team. 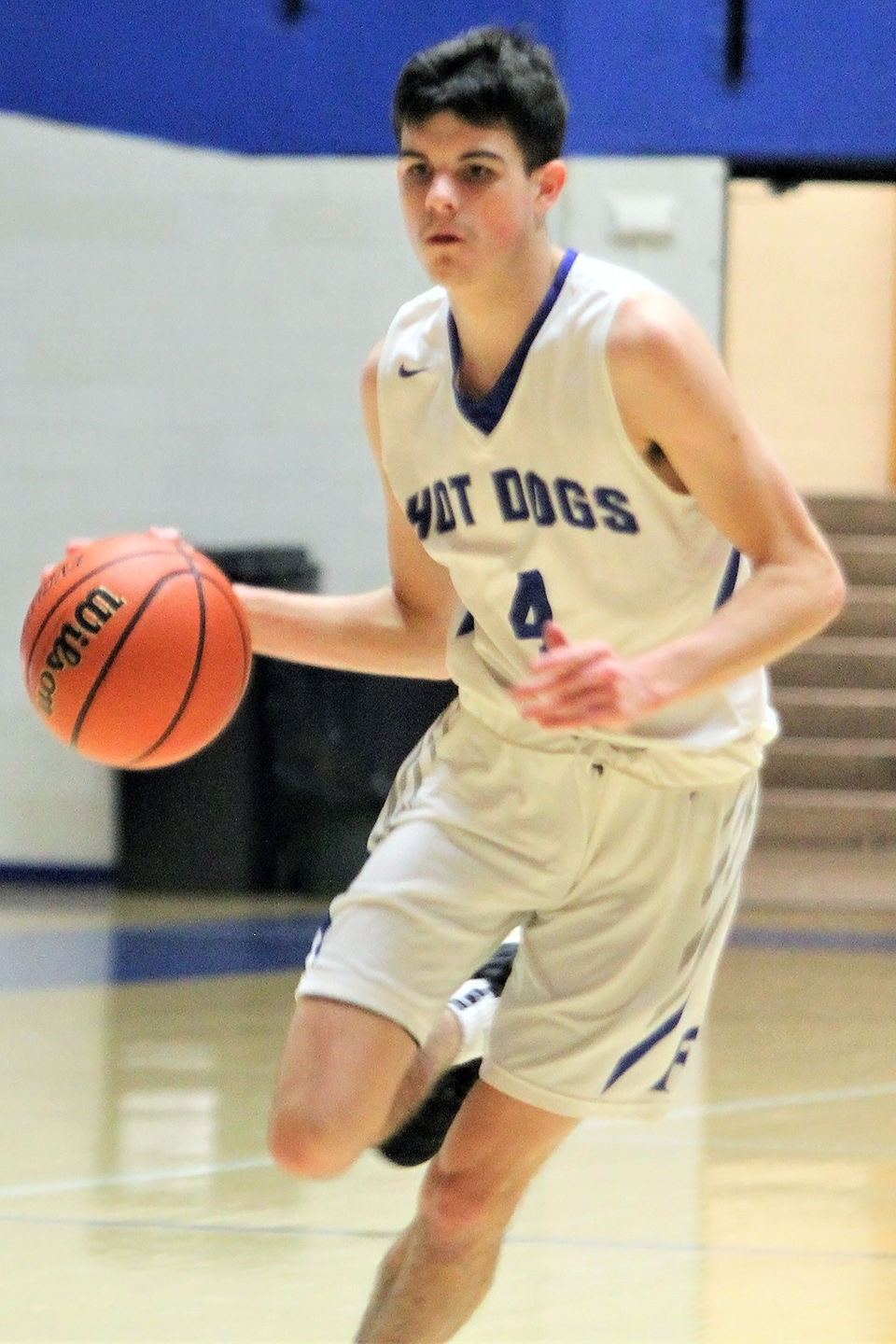 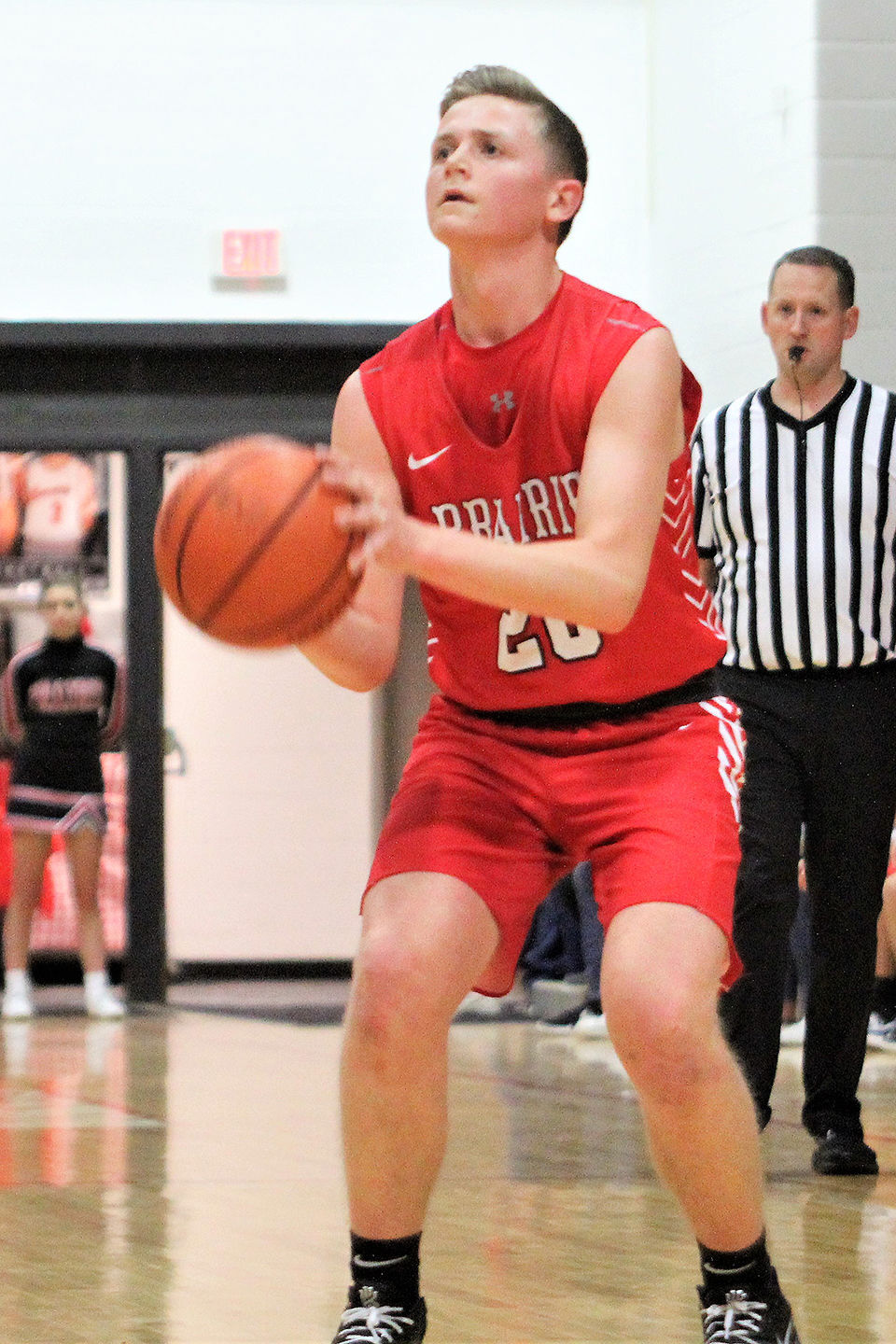 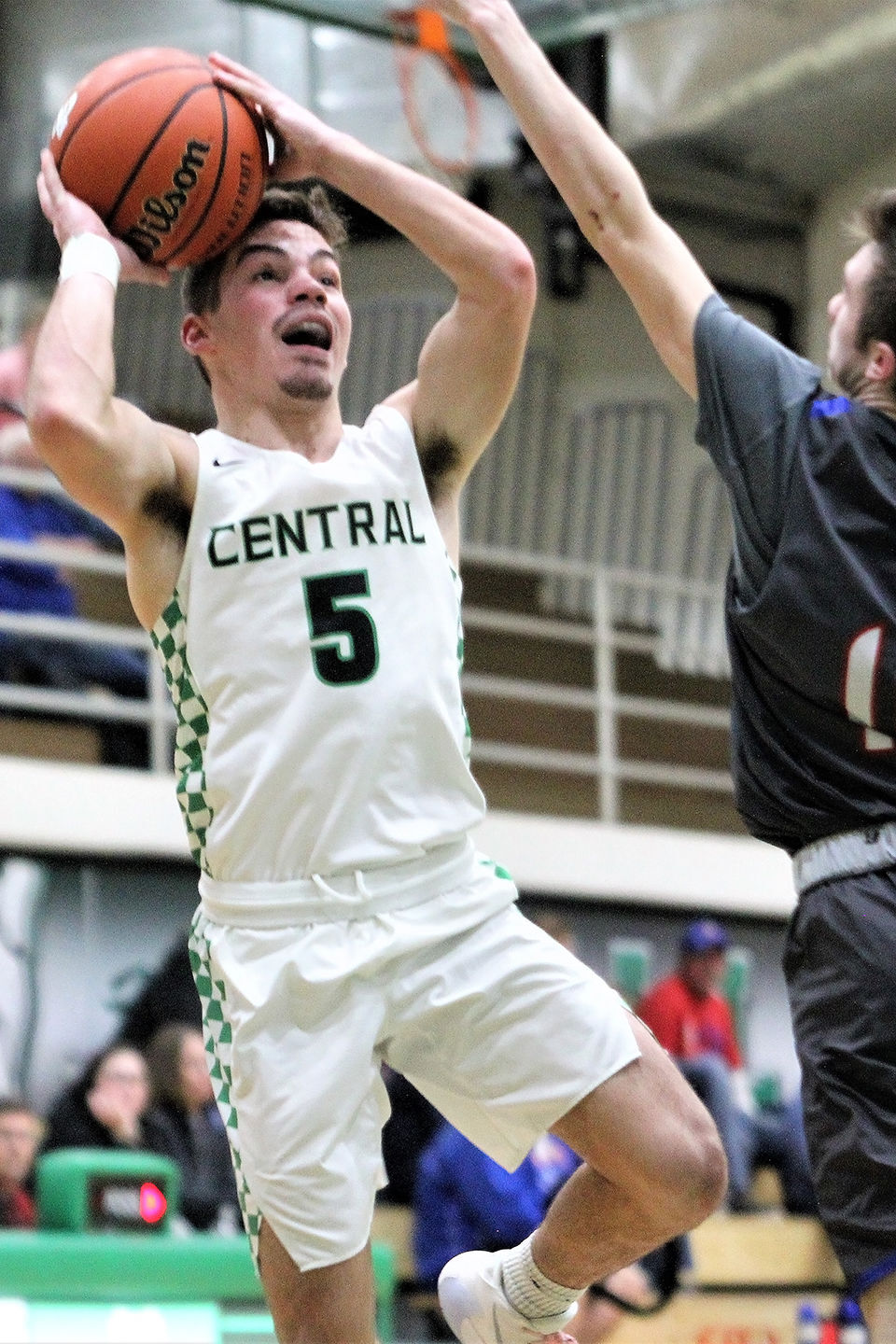 Rossville graduate Dirk Shaw was selected The Times Player of the Year on the 2020 All-County Boys Basketball Team.

Clinton Prairie graduate Bailey Good was in a close vote for Player of the Year honors while earning a spot on the All-County First Team.

Four members of the 2020 All-County First Team were seniors who graduated just last month, long after the novel coronavirus pandemic halted the boys’ basketball playoffs in March just as the Rossville Hornets were preparing for a regional game. And the fifth member of the All-County First Team graduates this weekend.

“Dirk was our go-to guy, most things ran through him,” Dunn said. “He led us in scoring and rebounding and on the floor he helped make everyone else better. He also made all-conference, all-tourney team (Kitchen Classic), and small school all-area.”

“Bailey was a leader for us on and off the court and a team captain,” Peckinpaugh said. “He led us in a number of statistical categories and played hard as he could every game. He was really the driving force that made us go every night.”

Always a threat to score, Frazier wrapped up his high school with a season in which he averaged 14 points, 3.7 rebounds, 1.2 assists and 1.6 steals per game.

“He was also First Team All-SAC,” VanDuyne said. “Statistically, he was our best offensive and defensive player. Trey had a solid all-around game, he shot 43 percent from beyond the arc while being face-guarded for a large majority of games on the back half of the schedule.”

One of the county’s sharpshooters, McGraw averaged 12.26 points, 2.17 rebounds and 1.39 assists per game for the Gophers, who are the only team to have two players make the All-County First Team.

“Grant is a great shooter,” Peckinpaugh said. “Teams had to game plan for him to try and take away his outside game. He hit some really big shots for us this year and also clinched a number of games at the free throw line.”

Deadly from beyond the 3-point arc, Cripe averaged 12.8 points, 3.5 rebounds and 2.2 assists per game in his senior season with the Bulldogs.

“Ross was our leader both on and off the court,” Keadle said. “He was our leading scorer and finished second in both rebounding and assists but brought more to us than just that. He was our calming force on the floor and was looked upon to get us going. He shot 40 percent from 3-point range.”

Demonstrating that he will be a force to be reckoned with in coming seasons, Funk averaged 11.77 points, 6.05 rebounds, 14 blocks, 1.86 assists and 1.83 steals per game as a sophomore with the Gophers.

“Trevor really made a big jump this year,” Peckinpaugh said. “He was third on the team in points and second in rebounds. He had a few double-doubles this year. He played aggressively and competed every game.”

A versatile player for the Hornets as a junior, Shaw averaged 8.4 points, 4.5 rebounds, 3 assists and 1.6 steals per game before the pandemic stopped the Hornets’ postseason run.

“Damon was a do-it-all guy for us,” Dunn said. “He was second in scoring and rebounding and led us in assists. He also was All-Conference.”

Part of the county’s talented Class of 2020, Moore averaged 12 points, 3 rebounds and 2.6 assists per game in his senior campaign with the Bulldogs.

“Payton was second in scoring, first in assists and third in rebounds for us,” Keadle said. “He helped us as a primary ball handler and could also score in bunches. He hit a buzzer-beater in overtime to put us in a sectional final for the first time in four years.”

In his final season with the Hot Dogs, Williams averaged 10.1 points, 3.6 rebounds and 2.2 assists per game.

“Our best overall playmaker, Cameron was inconsistent for much of the year, but we were at our best when he was at his best,” VanDuyne said. He was an effective driver with speed and change of pace and a willing passer. His best game was against Delphi, scoring 24 points.”

One of Rossville’s “glue guys,” Douglass averaged 8 points, 2.7 rebounds, 1.9 assists and 1.4 steals per game as a junior with the Hornets

“Reid was a leader on the floor for us this year,” Dunn said. “Several of the things he did for us didn’t show up on the stat sheet.”